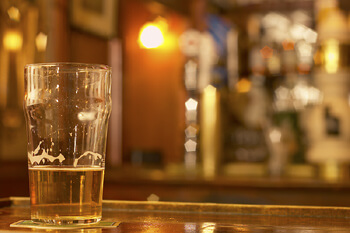 (June 5, 2015) Presumably as part of its $1.5 million redevelopment effort, which included new reclining seats with retractable armrests among other upgrades to the 143rd Street Fox Sun & Surf, Fox Theatres has applied for a Class B liquor license and hired Ocean City attorney Joe Moore to facilitate the effort.

“Class B is normally for a restaurant,” Moore said. “So we must put our proposal in line with the requirements of the board. We think we can make it work.”

The movie theater has applied for a seven-day, beer and wine license and was originally scheduled to appear at the June 17 meeting of the Board of License Commissioners, the governing board for liquor licenses in Worcester County. Moore has asked for, and received, a postponement until the July meeting.

A Class B license would allow sales of beer and wine both as an on-site purchase and for takeaway.

While the license, if granted, would be the first of sorts in Ocean City, it would not be breaking new ground nationally or even in Maryland. A number of movie theaters on the western shore offer customers the opportunity to make such purchases, as doe some theaters in Virginia and Delaware.

Fox Theatre owner Donald Fox told the Reading (Pa.) Eagle that sales in that venue would take place at specific registers at the concession stand. In addition, the concession area was upgraded to expand food service.

Incorporating these elements might be enough to meet Maryland license code’s rule 11, which requires Class B license holders to “have available from the regular menu, hot meals between the hours of 12 p.m. to 9 p.m. provided the premises are open to the public.”

Other movie theaters in the region that offer alcohol sales do so with widely varying slates of amenities. Some offer iPads to VIP customers for in-show ordering of food or beverages, while others employ “ninjas” — or, employees dressed in black outfits as to not disturb other patrons, to provide wait service.

Some offer light appetizers and finger food, while others offer full meals. Some chains dedicate certain theaters to alcohol-consuming guests only.