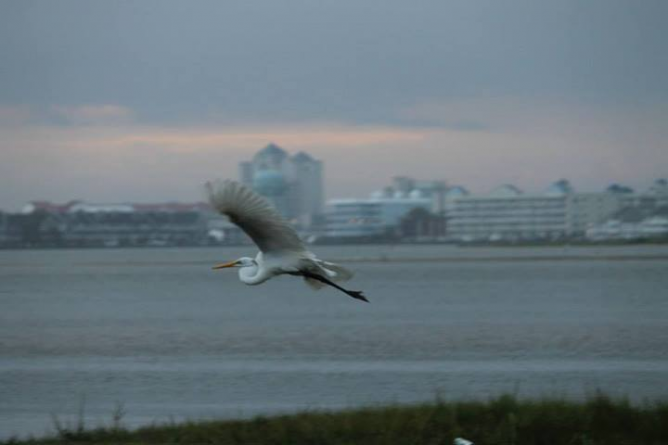 As a teaser, here are some descriptions of birds you may see while you are on the shore.

The American Oystercatcher is found along the coasts of the Americas from Maine to Argentina and Washington to Chile. It is known for its distinctive orange beak and black and white plumage. In the 19th century the American Oystercatcher became locally extinct in the New England area due to market hunting and egg collecting. However it has recently found its way back to the area.

The Barrow’s Goldeneye is a sea-duck native to western North America and Iceland. It is a very close relative to the Common Goldeneye. The bird was named after English statesman and writer Sir John Barrow. In Iceland it is known as ‘husond’ or ‘house duck’.

The Black Scoter is America’s only black duck and can be characterized by its bulk and large bill. In its Canadian range the Black Scoter is often referred to by its French name Macreuse Noire. During breeding periods the Black Scoter is found predominantly in northern Canada, Alaska and the Siberian regions of Russia. However it migrates as far south as the Gulf of Mexico, the San Francisco Bay and southern China.

The Bufflehead, also known as the Spirit Duck, is a member of the Goldeneye   family and one of the smallest ducks in North America. It is considered one of the   most popular ducks among birdwatchers. The Bufflehead’s name comes from a   combination of the words ‘buffalo’ and ‘head,’ due to the bird’s bulbous head   shape. In 1995 the Bufflehead was added to the coat of arms of the Town of Sidney  in BC, Canada.

The Canada Goose is the most common in North America. It is found naturally there and in Japan Eastern Russia and Eastern China. The Canada Goose has been introduced into much of western Europe and New Zealand. Due to their adaptability the population of non-migratory Canada Geese is on the rise and the bird is often considered a pest throughout North America.

The Canvasback is a duck named for its white vermiculated belly that   appears similar to the weave of a canvas. It is also known for its long and graceful neck. During mating season the Canvasback is most common in central Canada and the midwestern United States. Traditionally the bird has  wintered in the Chesapeake bay, although in recent years they have moved elsewhere due to a loss of submerged aquatic vegetation in the bay.

The Common Loon is is a member of the loon or diver family of birds and is the  state bird of Minnesota. The Common Loon can dive up to 200 feet underwater in  search of food. However it is known as “loon” (derived from Scandinavian words  for “lame”) because of its innate clumsiness while walking on land. The Common  Loon is most often found in the north but migrates as far south as the Gulf of  Mexico.

The Common Eider is a sea-duck native to northern Europe, North America and eastern-Siberia. The Common Eider’s nest is lined with Eiderdown, which is valuable and often harvested to stuff pillows and quilts. However in recent years this has become a rarity as synthesized alternatives grow in popularity. The Common Eider is also notable as a colonial breeder and philopatris. This creates lifelong ‘friendships’ between many females as they continue to return to the same breeding areas.

The Great Blue Heron is commonly found in wetlands through North and   Central America as well as in the Caribbean and the Galapagos Islands and northern South America. An all white population was found in the Caribbean and Southern Florida. This population was originally treated as a new specials called the Great White Heron but has now been classified again with the Great Blue Heron. Great Blue Heron’s in the north are migratory birds often moving to Central America for the winter while birds in the south are year long residents.

The Greater Scaup is also known as Scaup in Europe and colloquially in North America as the Bluebill. The Greater Scaup is a popular game bird and is widely hunted in countries ranging from The United States, Denmark and France to Iran, Greece and Turkey. The bird is non-migratory and is found in all seasons throughout North America, Europe and Asia.

The Horned Grebe is small for for a Grebe, but that doesn’t keep it from sticking in people’s minds. in American folk lore it is also known as Devil-diver, hell-diver and Water Witch. This is likely due to the bird’s dark red neck, scarlet eyes, black head and the puffy horn life tufts on the top of its skull. The Horned Grebe can be found in the northern hemisphere during breeding months and as far south as Mexico and Vietnam in winter.

The Lesser Scaup is colloquially known as Little Bluebird and Broadbill because of it’s distinctive blue beak. Even with a steadily declining population that has recently reached an all time low the Lesser Scaup still has the largest population of any diving duck in North America. The reasons for this stark population decile are as of yet unknown. The Lesser Scaup often spends the summer in the western United States and Canada migrating as far south as Colombia and Ecuador in the winter.

The Long-tailed Duck’s North American name Old Squaw has recently fallen out of favor, both due to its being deemed un-politically correct and to conform with the English names in other parts of the world. The Long-tailed Duck. Despite its name only the male of the species really has a ‘long tail’ as the female’s is rather short and pointy. The Long-tailed Duck is generally found along the coasts of the northern hemisphere and winters as far south as the Black Sea, although there is always a particularly large migration to the Baltic Sea.

The Mute Swan is a native of Europe and Asia and has been introduced in North America, Australia and southern Africa. It was named ‘mute’ because of its general calmness and vocal silence when compared to other swan species. Six-thousand year old Mute Swan fossils have been found in Great Britain. The Mute Swan is also one of the heaviest flying birds often weighing up to twenty-six pounds.

The Red-breasted Merganser is a diving-duck and a member of the sawbills. It can be recognized by its long pointy bill. It’s breeding habitats include North America, Greenland, Scandinavia, and northern Asia. During the winter it is known to migrate as far south as the Baltics, China and the Gulf of Mexico. 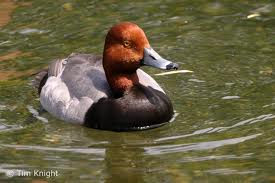 The Redhead is a duck native to North America known for its brilliant red head. The duck breed’s in the western side of the continent and moves south to Mexico, the Caribbean, and the southern and north-eastern United States. Immediately after the breeding season the Redhead molts leaving it flightless for about a month.

The Red-Necked Grebe is so called because of the red plumage it acquires around its neck during mating season. It is also known for its vocality and wailing or howling during mating season. However during the rest of the year it is known as a rather non-descript quiet dusky-grey bird. The Red-Necked Grebe is also known for its inability to take off from land requiring a running start on a mass of water. It is most often found in temperate regions of the northern hemisphere but migrates as far south as Florida.

The genus of the Snow Goose is often disputed with scientists arguing its placement among the white geese of the Chen genus and among the grey geese of the Anser genus. Snow Geese mate for life and breed above the timberline in Greenland, Canada, Alaska and Siberia. However they are known to regularly migrate as far south as Mexico and occasionally as far as Costa Rica and Panama.

The Surf Scoter is on average the smallest of the Scoter’s, on average weight only two pounds with a length of nineteen-inches. It is also one of the rarest of the variety as it has declined 50 to 70% over the past 40 years, largely due to the 2007 oil spill in the San Francisco harbour. The Surf Scoter can be found in Canada and Alaska during the mating season and as far south as Georgia in the winter.

The Tundra Swan is the most common swan in North America and is sometimes separated into two species: Bewick’s Swan and the Whistling Swan. The Tundra Swan breeds in the Arctic and often migrates as far south as Mexico and Cuba and as far inland as Utah and Oklahoma. However during winter the Tundra Swan is most common along the east coast of the United States between Maryland and South Carolina.