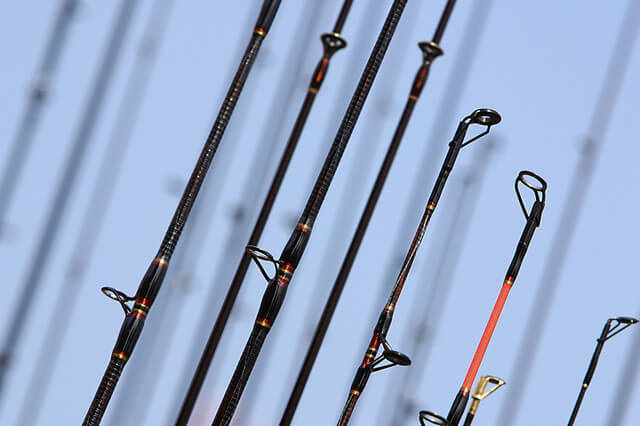 (July 11, 2014) Today through Sunday, anglers will travel offshore looking to reel in bluefin, yellowfin and big eye tuna as thousands of dollars are up for grabs during the 27th annual Ocean City Tuna Tournament.

Hurricane Arthur hindered anglers from going fishing the early part of last weekend, but a number headed out Sunday and during the week.

Participants were originally scheduled to fish two of three tournament days–Friday, Saturday and/or Sunday, July 4-6, but because of Arthur, the competition turned into a fish one of two days event, July 5-6. All of the boats went out Sunday.

During the Tuna Tournament, anglers on both charter and private boats may hook a single bluefin per day. Three yellowfin, which tend to be smaller than bluefin, may be caught per person per day. There is no limit to the number of big eyes a team may catch, although they may only weigh up to five fish per tournament day.

Blunt said a number of dolphin have been caught lately, which bodes well for the tournament. Since no qualifying dolphin were weighed during the 2013 Tuna Tournament, the $13,200 pot for that category has been carried over to this year’s competition. The prize money in the dolphin division is expected to be more than $26,000.

The cost to enter the tournament was $900 ($800 for early registration). There are nine added entry level calcuttas, or wagering pools, this year, ranging in cost from $200 to $5,000. Anglers had the option to sign up for one or all of the added entry level categories, which, if they place on the top of the leader board, could substantially increase the amount of prize money taken home.

The Level F “Pro Tuna Jackpot” Winner Takes All costs $5,000 to enter, but it pays off for the angler with the heaviest single tuna as long as he signs up for the calcutta.

In 2013, 37 of the 85 tournament boats entered and the Level F pot itself totaled $166,500. Bill Schatzman on the No Quarter, landed a 253-pound big eye to win the Single Largest Tuna Division last year. The fish was worth $243,917. A majority of that money came from the Level F Pro Tuna Jackpot.

The Reel Chaos brought four big eyes and a yellowfin to the scale on Day 1 of the 2013 tournament, totaling 687 pounds–a new one-day stringer record. The previous record was 594 pounds set in 2011 by the Crush Em’ crew. Reel Chaos took top honors in the Heaviest Stringer Weight Division last year and received $74,357.

In 2013, more than $450,000 was paid out to tournament winners. A total of 35 big eye tuna were brought to the Ocean City Fishing Center scale in West Ocean City during the three-day tournament. A record 29 big eye were weighed the first day of the competition. Along with the 35 big eye, 43 yellowfin and six bluefin were also boated last year.

For 2014, tournament fishing is permitted Friday through Sunday, July 11-13. Anglers will fish two of the three days. Catches will be weighed at the Ocean City Fishing Center between 4-7:30 p.m. Friday and Saturday, and until 7 p.m. Sunday.

There is no cost to watch the weigh-ins, which are open to the public.

To speed up the weigh-in process, stringer fish (a boat’s heaviest five fish per day) can be weighed at Sunset Marina on Friday and Saturday. All other fish, including trophy fish, must be brought to the Fishing Center.

Prize money will be awarded to the first-, second- and third-heaviest single tuna and the largest total catch weight. The top team in the Largest Fish division will receive an invitation to compete in the IGFA Offshore Championship.

Each boat may weigh up to five fish per day to compete for a two-day total pound catch. There is a 30-pound minimum weight requirement for all eligible tournament tuna.

A $1,500 award will be presented to the female angler who catches the largest tuna.

A Junior Angler division is available for those 16 and younger. The winner will receive $1,000. Cash prizes will also be presented to junior anglers who land the second- and third-heaviest fish.

There will be prize money for the first-, second- and third-largest dolphin, as well.

For more information about the Tuna Tournament, call 410-213-1121 or visit www.octunatournament.com.