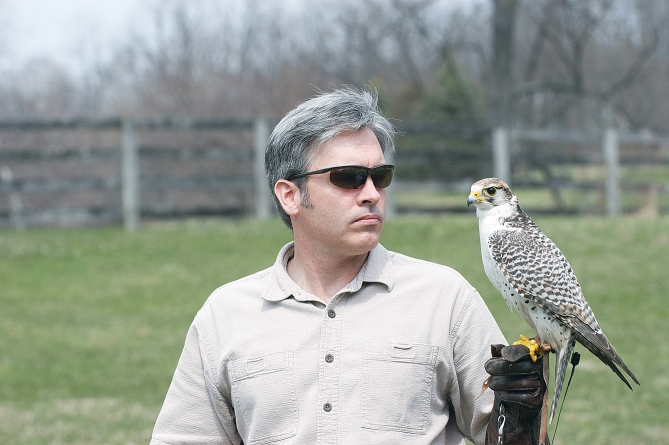 (April 26, 2013) Master woodcarvers from around the globe will showcase their work this weekend during the 43rd annual Ward World Championship Wildfowl Carving Competition and Art Festival at the Ocean City convention center.

More than 600 of the world’s top carvers will display approximately 1,500 entries at the 40th Street venue. These carvings represent wildfowl species from around the world such as Baikal teal, ostriches, bald eagles, snowy owls and a variety of hummingbirds, among others.

“It’s an opportunity for people to see species of birds from all over the world that they may never be able to travel to see,” said Eric Turner, director of special events for Salisbury’s Ward Museum of Wildfowl Art, sponsor of the competition.

Over the years, the event, considered the most prestigious carving competition in the world, has attracted novice to advanced carvers from Japan, Korea, Sweden, England, Spain, Germany, Russia, Netherlands, Trinidad and Tobago and Canada.

Turner said organizers are expecting approximately 4,500 to 5,000 visitors to attend the three-day show at the convention center, which is one of the only places in the world to see such a diverse collection of carvings inspired by nature. The expo also offers visitors an opportunity to meet the carvers.

In addition to the world and master levels, there are three general levels of competition: advanced, intermediate and novice. These levels have several subdivisions for different species of birds and carving styles. There is also a youth competition.

More than $70,000 in prize money, as well as championship rings, rosettes, medallions and ribbons, will be presented to top carvers in each of the approximately 40 divisions, beginning at 5 p.m. Saturday.

World division entries presented with a first-place award will be exhibited at the Salisbury museum for one year immediately following the competition.

A Peoples’ Choice Award will be handed out on Sunday.

Skyhunters in Flight, a live raptor demonstration of the ancient art of falconry with master falconer Brian Bradley, will take place on Saturday at 11 a.m. and 2 p.m. Attendees will have the opportunity to watch a hawk and falcon demonstrate their hunting skills.

Other activities on tap this weekend include seminars and workshops taught by the world’s top carvers, carving demonstrations and field trips where participants may see local shorebirds and watch bird bandings. Vendors will offer a wide range of items.

A live auction featuring carvings, sculptures and paintings, among other items, to benefit the Ward Museum, will begin at 3 p.m. Saturday.