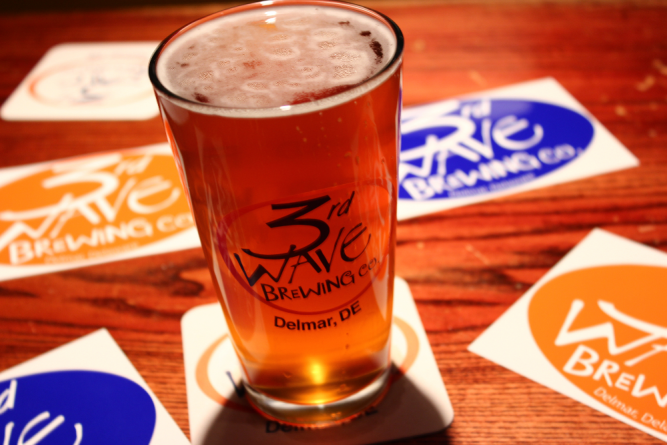 Ocean City, Md is no longer just for Miller and Bud Light drinkers. With 10 breweries within a 45 minute drive, and more popping up every few months, Ocean City is quickly asserting itself as one of the premier microbrewery destinations on the East Coast. Each week, OceanCity.com brings you ‘Microbrew Monday” as a way of keeping you in the know about what’s going on around our local brewery scene. 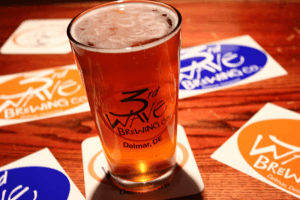 – This Thursday marks the second event in the ongoing breast cancer awareness series known as “Brews for Boobs.” The series kicked off last week at Backshore Brewing Co. and this week’s fundraiser to benefit the local Making Strides Against Breast Cancer chapter will be hosted by Fin City Brewing at Sneaky Pete’s (next to Hooper’s Crab House) in West OC. The fun takes place at from 7-10pm and will include drink specials, raffles, a 50/50 and more; plus a portion of all proceeds will be donated to Making Strides Against Breast Cancer. Visit the official Facebook event page or email teambrewbies@gmail.com for more information.

– Burley Oak Brewing Company is currently in the midst of its “AmeriCANmade” campaign on Kickstarter to raise money for its planned canning operation. If you want to see Burley beers in a store near you, plegde your donation to help make the dream become a reality, and get some cool Burley swag for your contribution. Also, don’t forget to check out Burley’s awesome weekly activities like guest bartending charity night on Monday; Vinyl Night on Tuesday; Game Night on Wednesday; $1 off cask beer on Thursday; live music on Friday and Saturday; and a free brewery tour at 3pm on Saturday.

– Ocean City Brewing Co. is welcoming fall season with its newly tapped “Pumpkin Hollow” pumpkin spice seasonal ale and its ‘Black Sails’ black IPA is currently in the hopper to be tapped this week. Also, make sure to head to the brewery for “Firkin Friday,” where a special, one-of-a-kind cask-conditioned brew will be featured weekly.

– de Lazy Lizard Brewing Co. hosts the original “Microbrew Monday” party at Lizard’s Brick Oven Brewery on 1st St. each and every Monday, featuring $2 craft drafts, $2 bottles, $2 rails, $2 Fireball shots and $3 bombs, beginning at 7pm. Lazy Lizard Brewing also $2.50 Frieball shots all day every day and happy hour from 3-7pm 7 days a week with $3 Lizard craft brews, $3.25 rails and all you can eat pizza for $9.99. Finally, don’t forget to stop by during any football game this season for specials, including a craft beer tower and large pizza for just $25.

– Evolution Craft Brewing Company, just down the road in Salisbury, has great food and beer specials all week at Public House Restaurant and the tasting room. Check them out Monday for 1/2 priced wings and all day happy hour; Tuesday you can get a beer and burger for only $10; Wednesday house-smoked brisket sandwiches are 1/2 off all day; Thursday is ‘Community Appreciation Night” featuring discounts for police, firefighters, EMTs, teachers and others who make the local community a better place; and Sunday Evo has 1/2 priced burgers and happy hour all day long.

– The 3rd Wave Brewing Co. in Delmar, DE is celebrating local teachers and school administrators each and every Monday with with all night Hoppy Hour for those with proper ID and also has Flight Night on Thursday with half off all tasting flights. Also, be on the lookout for the release of Hodad, a Belgian Pale Ale, and Chunkin Punkin, a fall seasonal ale brewed with real pumpkins, the first week of October.

For more information about the Ocean City area craft beer and brewery scene, be sure to check out OceanCity.com/Craft-Beer for beer info, listings, articles, events, and more!