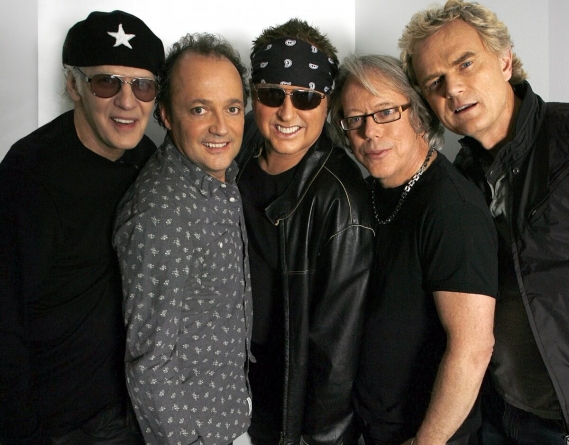 (May 2, 2014) Thousands flock to Ocean City each spring for four days of food, arts and crafts vendors and a jam-packed lineup of live entertainment at the resort’s Springfest.

The 24th annual event kicked off Thursday and will keep filling the stage with local talent and national acts starting at 10 a.m. every day, now through Sunday. Most performances are free to the public, though several headlining acts require a ticket.

“The music just sets the tone for the entire event,” said Jessica Waters, communications manager for the Town of Ocean City. “Whether you’re a fan of rock or you’re a fan of country or jazz, it’ll make you want to get out there in front of the stage.”

Each year, Springfest draws more than a dozen acts, highlighted by three nights of nationally known talent on the Entertainment Pavilion stage.

Joining them this year is country music legend Merle Haggard, who will play a sold-out show at Springfest tonight.

Rolling Stone calls Haggard “one of country music’s most gifted and prolific songwriters,” a symbol of the “American workingman — dignified, downtrodden, and not unlikely to visit the neighborhood bar — of whom he often sings.”

With more than 50 years of country music experience, the California-native has nearly 40 No. 1 hits, from his 1968 “The Legend of Bonnie and Clyde” to “That’s the Way Love Goes” and “Pancho and Lefty,” featuring Willie Nelson.

Haggard has won Grammy, CMA and AMC awards and is a Country Music Hall of Fame inductee.

For more than 30 years, Loverboy has been “Working for the Weekend” at shows across the globe. Singer Mike Reno promised 14 high-energy rock and roll songs at the show, including hits such as “Turn Me Loose,” “Lovin’ Every Minute of It,” and “The Kid Is Hot Tonight.”

“People really like the hits, so we’re going to play them the hits, and maybe a few new tunes, too,” said Reno, who is releasing a new album with the rest of Loverboy this summer.

“It’s a big part of what we do,” he said of playing shows like Springfest. “I love meeting people and I love playing concerts live, so the whole thing is a good vibe for me.”

The show starts at 8 p.m. with a performance by The Reagan Years. Tickets were still available at press time for $20-$45 and can be purchased by calling 1-800-626-2326 or on site at the festival’s ticket booth.

Springfest’s four-days of food, shopping and music kicked off Thursday, when The Fabulous Hubcaps also took the stage with a lineup of tributes to artists like Buddy Holly, Ray Charles, The Beach Boys and The Rolling Stones.

In addition to the music, which starts 10 a.m. each day this weekend, there will be more than 250 arts and crafts vendors selling jewelry, artwork, pet accessories and many more items. More than 30 food and gourmet vendors will dish up a fare from Eastern Shore crab cakes to North Carolina barbecue, funnel cake, pizza and ethnic cuisine, too.

There will be children’s activities such as inflatables on the beach and a rock climbing wall.

“If you’ve never been to Springfest, you can really find anything, no matter what your taste,” Waters said. “It offers so much for so many people.”

Because parking is limited in downtown Ocean City, the city will offer shuttle buses to and from the West Ocean City Park and Ride on Route 50 for the rest of Springfest. Call the Ocean City Transportation Department at 410-723-1606 for more information about the shuttle service.

Visit the Springfest ticket booth or call 1-800-626-2326 to purchase tickets to Loverboy on Saturday night.