(Dec. 7, 2012) The Worcester Prep boys’ basketball team improved to 3-0 with recent wins over the Greenwood Mennonite Flames and Chincoteague Ponies.

The Mallards hosted the Flames last Friday in Berlin. Points were traded in the opening minutes until junior Billy Brittingham broke a 6-6 tie. Worcester then out-scored Greenwood 6-0 to lead 14-6 at the end of the first quarter.

“We did get off to a slow start for the first two or three minutes. I think the boys were excited about the first home game, and it took a few trips up and down the court to get into our rhythm,” said Prep Coach Keith Geiger.

The home team continued to dominate the boards, tallying 12 points and holding its opponent scoreless for half of the second quarter.

“I was very encouraged by the way the reserves played,” Geiger said. “They played equal to, if not, more minutes than the starters and played just as well. I hope it gives them confidence moving forward.”

“All in all, it was a good game and a good warm up to [Monday’s] game at Chincoteague. [It] will be a real test and a good measure of where we are as a team,” Geiger said.

The team traveled to Chincoteague on Monday to battle the Ponies.

“We hit eight three pointers in the first half, so we certainly came out with confidence,” Geiger said.

The Ponies put up a fight in the third quarter, but after eight minutes of play, Worcester was on top 57-30. The Prep team earned a 69-47 victory.

“The third quarter was a lot more physical, and Chincoteague did a good job trying to slow us down by playing tough, physical defense, but we finished the game strong. Now [we are] looking forward to playing Salisbury Christian on Friday,” Geiger said.

The Salisbury Christian Jaguars will travel to Berlin today, Friday, for a 5:30 p.m. match against Worcester.

“I don’t know that much about the team other than I hear they are very well-coached. I think with our game plan, and our players, I feel confident against any team,” Geiger said. 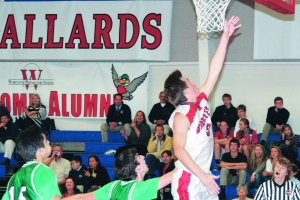 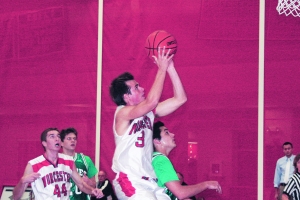 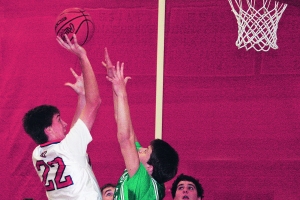