Ocean City, Md is excited to bring you the first ever Shore Craft Beer Fest on Saturday, October 24. Featuring unlimited samples of only local beer, food trucks, beer to go, live music, special tastings, and spectacular scenery, Shore Craft Beer Fest is a can’t miss event for any local beer lover. Read up on our participating breweries, then grab your tickets before it’s too late!

Good food was meant to be enjoyed with good beer, and in no place is that more evident than at Evolution Craft Brewing Co. in Salisbury, MD. Just minutes from the bypass, Evo is one of the mid-Atlantic’s premier craft breweries and is accompanied by a gorgeous restaurant and tasting room. The combination of excellent atmosphere, spectacular service, farm fresh food, and creative craft brews makes Evo a crowning achievement of the Eastern Shore craft beer experience, and well worth the stop on your way to or from the beach.

The 45th St. Taphouse has been pouring pints of the area’s best beers since it opened in 2012, but the owners wanted to take their craft beer venture one step further by brewing their own in 2014. Enter Jason Weissberg, former GM at Dogfish Head Brewings and Eats brought in to oversee the brewing operation. Now, not only does the brewery boast one of the most spectacular views in the history of microbrews, but also an impressive lineup of classically prepared beers to match.

Run by a pair of surfing buddies turned homebrewers turned entrepreneurs, the 3rd Wave Brewing Co. in Delmar, DE is Delmarva’s only all-female owned brewery and is known for “Good Friends, Good Waves, and Good Beer.” ‘Great beers’ is more like it, as 3rd Wave has some of the best- and most inventive- in the area. With everything from traditional IPAs, ales, stouts, and porters to an ever changing assortment of sours, fruit beers, seasonals, and other creative brews made with fresh local ingredients, 3rd Wave is more than living up to its motto.

Located high in the rafters above Hooper’s Crab House and born out of a homebrewer’s dream, the Fin City Brewing Co. has been cranking out its “obscenely fresh handcrafted ales” since April of 2012. “Why drink a Coors Light when you can have a local brew,” questions manager Patrick Brady. We are still waiting for a good answer.  While you’re thinking it over, stop by Fin City to grab a few pints and taste the beach, not the Rockies.

Located right near along the Chesapeake Bay in Crisfield, MD, the Chesapeake Brewing Co. makes local beer that pairs with the local fishing and waterman culture. Plan a day trip to Smith or Tangier Island and hit Chesapeake Brewing on your way there or back (or both), or plan an overnight trip and pair your brewery visit with a stay at a local bed and breakfast. The local favorite is the oyster stout (made with fresh local oysters), but Chesapeake also offers a variety of brews to choose from.

Just off of Route 50, in Parsonsburg, MD, fairy tales and folklore come to life in the form of locally brewed craft beer at the Tall Tales Brewery. This small, premium brewery offers a collection of different brews, including Sasquatch Imperial Stout, Excalibur IPA, Paul Bunyan Pale Ale, and Redheaded Step Child- each inspired by a tall tale from folk lore. 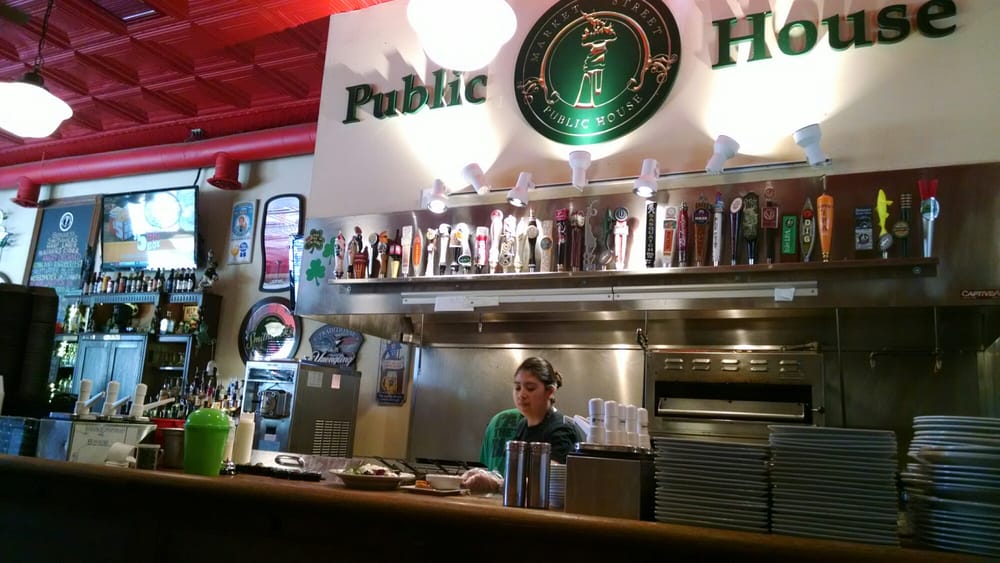 Denton’s favorite Irish Pub is now brewing its own beer in house. Next time you’re in town searching for a Guinness, consider grabbing one of their own creations instead.

Located just outside of Ocean City in ‘America’s Coolest Small Town’ of Berlin, MD, the Burley Oak Brewing Co. has been producing world-class beers since 2011. Rated a 99 overall by BeerAdvocate, Burley Oak is made by craft beer lovers for craft beer lovers, and offers a constantly changing spectrum of brews. Stop by to taste one of Burley’s 6 beers rated 90+ by BeerAdvocate, or grab a 6-pack to take next time you go fishing, boating, or head out to Assateague.