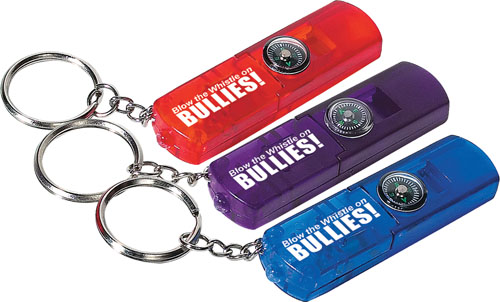 (Oct. 12, 2012) October is national bullying prevention month and Maryland schools have been at the head of a worldwide policy push to bring forward a more open and honest attitude about patterns of harassment, intimidation and violence among school students.

The state sponsored a conference last week on the topic, which has been a large part Maryland’s educational zeitgeist since the 2005-2006 school year, when the state legislature passed the Maryland Safe Schools Reporting Act.

“Bullying prevention is a top priority for Maryland public schools, because bullying is a roadblock to learning and its affects are severe,” State Superintendent of Schools Lillian M. Lowery said in a press release. “Our students deserve environments that are free from bad behavior.”

The act established relatively strict requirements for all of the state’s public school districts to gather information on incidents of bullying, including a semistandardized system of reporting and investigation forms.

If nothing else, the resulting statistics have shown that the state’s efforts have at least been successful in raising awareness of the bullying as a specific phenomenon. The number of incidents has risen significantly every year, but experts attribute much of that to increased use of reporting methods by students and teachers as the idea of bullying prevention itself has become more ingrained in the scholastic consciousness.

“It’s a referral system, to let the kids know that they can safely and confidently let someone know who is there to help,” said Michelle Bankert, a guidance counselor at Berlin Intermediate School and co-chair of Worcester’s anti-bullying coordinating committee. “At least in our schools, discussion is good for the kids, so that they can get it out there in the open.”

Data for the 2010-2011 school year – the most recent year’s data yet fully compiled – indicates that Worcester had 36 reported incidents. Relative to its population, this means 5.4 incidents per 1,000 students. Incident ratios tend to vary wildly across the state, however, with Kent County’s level reaching 45.4 per 1,000 students.

At Berlin Intermediate, Bankert has pioneered the “blow the whistle on the bully” program, which encourages students to act as “lifeguards” in rescuing their peers from intimidating or harassing behavior.

“We talk about the difference between what teasing is and what bullying is, and give kids a forum to brainstorm how they can help,” Bankert said.

“When it happens over and over, and you’ve asked the person to stop and that doesn’t happen, or they make you the target and encourage their friends to join in, that’s the ‘bully level.’”

Lifeguard packets, featuring referral forms for bullying behavior, are available in every classroom. A lifeguard chair sits in the front hallway as a reminder.

This approach to bullying, which centers on proactive altruism rather than reactive punishment, is a trend across the world. Stephen Decatur High School, to where BIS students will eventually matriculate, introduced for this school year the Olweus Bullying Prevention Program, which involves training for both teachers and student leaders on how to identify, understand, and prevent bullying behaviors.

First developed in the 1990s by Dr. Dan Olweus in Norway and Sweden, the program has been introduced to the United States over the past few years by Clemson University’s Institute on Family and Neighborhood Life. The Olweus method de-emphasizes rules and behavioral discipline and instead tries to instill in students a sense of social responsibility and a commitment to consciously building relationships that cross social boundaries.

Maryland’s own data since 2005 suggests that there is definitely a formative time for bullying in students’ lives. The number of reported incidents, for both victims and offenders, spikes significantly at age 12. For 2010-2011, the ages of 11 to 13 represent 40.03 percent of all victims statewide, and 50.52 percent of offenders.

“In the younger years, it’s a big part of that peer pressure to fit in,” Bankert said.

The same data has also suggested that bullying for any specific reason, such as racial or sexual identity, is relatively uncommon. In the vast majority of bullying incidents, the impetus was either unknown, did not fit into a category, or was described as “just to be mean.”

“It’s not the physical bullying as much as it is the verbal or even non-verbal interactions, where someone is trying to become popular,” Bankert said. “To get to that status they don’t go about it in the best ways, and it effects somebody else.”