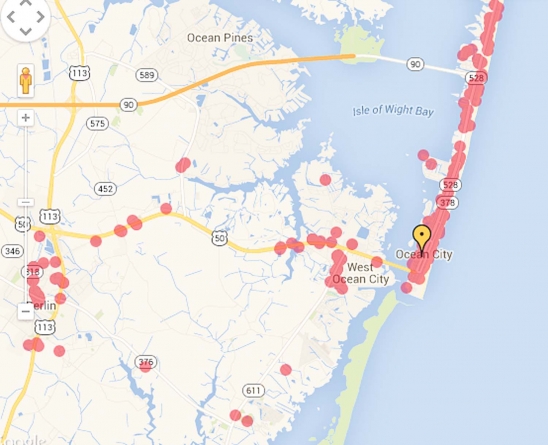 (Dec. 26, 2014) Earlier this year, Comcast began rolling out the Xfinity WiFi network, essentially creating its own system to compete with cellular service. The difference, however is that instead of the hand-held device receiving the broadcast signal, equipment inside the homes of cable Internet subscribers is broadcasting the signal.

Neighbors, friends or even passersby can access this signal via the public “Service Set Identifier” “xfinity wifi” and browse to their heart’s content. The devices using the networks should, according to Comcast, be issued their own IP addresses that tie their usage to their device, thus insulating the homeowner from the consequences of someone else’s use.

Comcast said the signal is on a different band from the homeowner’s, adding another level of isolation and protection from the public usage. Several security experts report this is generally true, but weaknesses may eventually be found by the people who spend a lot of time looking for weaknesses in software.

Any other Comcast customer, by using his or her login and password, could access this signal for free. Comcast also provides two “guest passes,” time-limited access passes for people who may not necessarily be Comcast customers, but who can access the signal via the homeowner’s network while in broadcast range. Examples of users of this service provided by the corporation include babysitters, etc.

Unlike, say, junk e-mail messages governed by 2003’s CAN-SPAM act, customers are already signed up for the service and must “opt out” of providing the signal. To do so, Comcast said account holders may log into his or her Comcast account at customer.comcast.com, click on “Users and Preferences” and find the “Service Addresses” heading.

Under the home address, there should be a link to “Manage Xfinity WiFi” and a disable button. After clicking “Save,” the service should be disabled, according to the company. Several publications reported problems with disabling the functionality, including missing pages, options, page headings and saved changes not affecting the status of the hotspot.

The functionality for the network was added during a push by the company for users to upgrade its rented equipment. Comcast began laying the groundwork for the wireless network in 2012 and made the jump to residences in April 2014.

Two San Francisco residents, Toyer Grear and Joycelyn Harris, are listed as the primary plaintiffs in a class-action lawsuit against Comcast concerning the service.

1. “While the company does not have an infrastructure of cellular towers, it does have millions of residential customers dispersed across the United States. These households, Comcast realized, could be used as infrastructure for a national WiFi network.”

2. To that end, the company began supplying customers with new wireless routers equipped to supply not only their own WiFi signal, but also that of the public Xfinity hotspot.

3. Comcast does not seek the approval of the customer to supply public, non-household use of the rented equipment.

4. The secondary signal degrades the quality of the primary signal.

5. The signal opens the customer to a host of security risks.

6. This structure breaks the Computer Fraud and Abuse act and a couple of California state laws.

The company, for its part, said it is meeting increased demand.

“We know wireless connectivity, speed and reliability are important to our customers, and to the future of innovation,” a prepared release from Comcast Public Relations Specialist Jamie Debole said. “WiFi is part of our broader plan to deliver the fastest in-home and out-of-home Internet experience and power our customers’ growing number of devices and growing Internet use. We are not only meeting today’s needs, but we are staying ahead of tomorrow’s potential demands.”

Singapore, Hong Kong, Romania, Japan, Sweden, Lithuania, Switzerland, Macau, Iceland and the Netherlands are the top 10 fastest, according to Ookla.

r Fraud and Abuse act and a couple of California state laws. r to a host of security risks. 6. This structure breaks the Comput