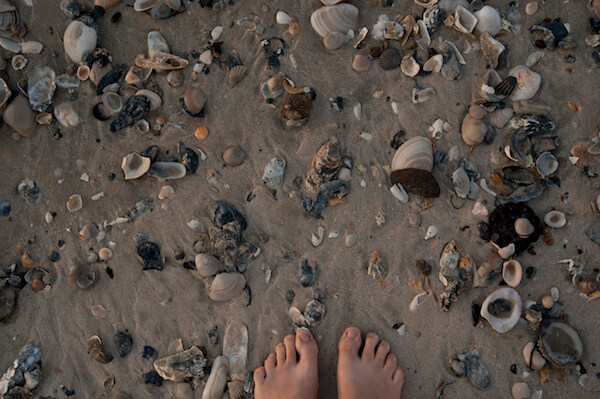 Here in Ocean City we’re still shaking off a gratuitously cold Valentine’s weekend and a surprisingly snowy President’s Day. As I write this Monday afternoon, actually, the snow continues to fall seemingly without relief and, despite the fire crackling and the promise of an evening brandy, I’m already projecting myself into the weekend. The weekend will be glorious. It will not require fires or brandy except for those who prefer them upon the deck in the slight chill of an unseasonably-warm Saturday evening. This weekend they will just be for show.

People spring like desert wildflowers on the weekends when we get a break in the weather, filling the boardwalk with color and activity. The weekend likely will be a perfect excuse for people to come out. After all, it still is February and as anomalous as was the biting cold this weekend, this weekend’s balmy temperatures will be fleeting for sure.

Valentine’s Day weekend is traditionally the soft opening weekend for businesses that close for the season at the beginning of the winter. Places from Seacret’s and Fager’s Island to shops along the boards dusted off the fixtures and got back to doing business despite the bitter weather this past weekend. Rest assured that when next weekend brings out the sun and the crowds, there won’t be a lack of things to do.

Feet in the sand, beer in the glass

With Ocean City quickly becoming a craft beer destination, beer festivals around the region are becoming almost commonplace. As you may have heard, Shore Craft Beer and Seacrets are partnering to sponsor an off season event that is aimed at giving people another reason to come to the beach off season. Mother Nature was kind enough to chip in and provide a gorgeous weekend to do it.

Love on Tap is an afternoon event, allowing people the opportunity to try more than 20 local beers, several brewed specifically for the event. Moreover, local hotels are offering packages that, combined with the price of admission, make it really attractive to consider spending the entire weekend at the beach.

Arrive Friday night, grab a meal and a drink at one of the many local bars. Maybe even pop over to Berlin and check out their fine dining district. Rise late on Saturday, grab a little something at the hotel and head over to Seacrets for an afternoon of music and beer in the newly-renovated Morley Hall. Afterwards,(if you’re middle-aged like me) head back to the hotel, catch a nap and then there’s still plenty of time for a summer evening out.

Rise early and hit the beach

Friday night is supposed to be brisk, leaving the sun the opportunity to get to work early and clearing out whatever chilly air might be around to greet it. Staying on the beach means you can catch the sunrise and get a jump start on Saturday just by rolling out of bed. Take a walk on the beach and then return and doze a bit. Even though we will have spring temperatures, it still will be winter. Dozing is a winter sport so, while it might not feel right to spend a spring morning between wakefulness and unconsciousness, a lazy winter Saturday fairly demands it. Even if the thermometer is on the rise.

After the big storm in January, there still are plenty of shells and other beach combing treasures all along the shores of North Ocean City. Near the inlet, the vestiges off the storm mostly are gone, but there’s still plenty to see in the way of new coastline and the still-to-be-repaired fishing pier.