(Jan. 17, 2014) Nearly two months after the controversial ouster of its former board president, the Worcester County Humane Society’s current leadership says it is trying to bail out the organization from the financial and administrative quagmire it is in.

Recently revealed financial information indicates that the shelter had experienced a long period of fiscal chaos, resulting in a deficit of over $338,000 on its last available tax cycle.

Who exactly is responsible for that hole has been a back-and-forth matter since the departure of the group’s former headwoman, Kenille Davies, who resigned under threat of legal action pertaining to misuse of funds.

Regardless, the shelter’s remaining leadership is saying that they will forge ahead with trying to raise money and return the WCHS to solvency.

“[Davies’ ouster] was something that’s been coming for years and years,” said board member Sandra Mitchell. “Else we were looking at there not being a humane society anymore.”

As she has previously, Davies maintains that the onus of responsibility should not be placed selectively on her.

“I never knew there was anything that wrong,” she said this week. “[The Board of Directors] could all look at the checkbook.”

This new information comes from a packet sent by DC-area attorney James Hammerschmidt to the Town of Ocean City, and later obtained by this newspaper, detailing the WCHS’s financial situation and levying a number of accusations against Davies to the effect that it was her management that led the organization down a dangerous path.

Hammerschmidt was retained by shelter donors and part-time resort residents Bob and Silvia Winegard, who allegedly had concerns about the shelter’s financials after contributing several large sums of money. Their standing was backed by several members of the group’s Board of Directors, including Mitchell.

Hammerschmidt did not return a request for comment as of press time.

But the brief, in its own words, “is largely directed at the actions or omissions of Ms. Davies and to demonstrate the irresponsibility of a few board members and how difficult they have made it to get the shelter’s house in order.”

However, Hammerschmidt cautions, “the goal of my clients has never been to disparage Ms. Davies or others; rather, their main interest is the continued vitality of the shelter through proper financial management and governance of the shelter and the humane treatment of its animals.”

Many of the issues raised by Hammerschmidt, while potentially damning to Davies and the WCHS, are impossible to verify independently by this newspaper.

This increased its total unrestricted asset deficit to $338,938. However, the society’s final tally showed the organization in the black due to $791,267 in restricted assets. These are the result of an endowment given to the WCHS in 2009 by the estate of a deceased local resident, which was to be invested and the returns used as a continuous source of income for the shelter.

This reported endowment fund was not actually there, given that the society erroneously spent a considerable amount of principle investment.

The 2010-2011 Form 990 shows cash savings and temporary investments jumping by over $550,000, indicating a massive influx. Hammerschmidt estimates in his brief that the WCHS has spent roughly half of the endowment.

As she has previously, Davies maintained that she was unaware of the regulatory stipulations placed on the endowment.

“We never knew we used the restricted fund,” Davies said. “I only wrote checks for what the bills were. All anyone had to do was look.”

Hammerschmidt contests that Davies “had plenty of knowledge about what was right and what was wrong and was instructed to seek a lawyer if she did not understand.”

As evidence, Hammerschmidt cites a Sept. 2009 letter to Davies from local attorney Randy Coates, who handled the estate of the deceased benefactor. In turning over the funds, Coates says that $43,948 are allocated as direct income that can be spent for general purposes.

The remaining $747,318, he notes, “is to be invested and re-invested with the ‘income’ generated by that fund to be usable by the Humane Society for so long as it continues to maintain a shelter in Worcester County.”

According to the WCHS’s current leadership, the society is working to reimburse its investment fund back up to the original level, to avoid penalties.

“When I read about what was happening, I renewed my membership, pulled the financials, and realized that they needed some help,” said Sandi Smith, an executive with Maryland Coastal Bays, who has volunteered to help the shelter with grant writing and bookkeeping.

Smith said the remaining endowment funds have been invested with the Community Foundation of the Eastern Shore and are being built back up.

“I’m trying to get some qualified volunteers to help with this back-of-house stuff,” Smith said. “There are so many ways for people to help other than scooping kitty litter.”

Foremost, PKS notes a lack of defined duties within the organization, or that these duties are “combined and assigned to the available employees.”

Critically, it appears that the WCHS had been violating its own bylaws – and a key tenet of nonprofit governance – for several years by having Board of Directors members who were also paid employees. Davies’ compensation was reported at $12,360 on the aforementioned tax return, with Mitchell and one other employee receiving $7,488.

PKS also notes that the society does not compile and annual budget, and that “the Board of Directors, as a whole, is not active in the finances of the society” and does not review financial statements or approve expenses incurred by staff.

The firm also warns that the WCHS does not reconcile its bank statements and relies on the auditing firm to add or adjust wrong entries. Further, unpaid veterinary bills are not recorded, and “the treasurer had to call several veterinary practices to receive statements showing the bills for the year.”

Hammerschmidt also points to a 2009 letter to Davies from then-City Manager Dennis Dare, noting that the WCHS has failed to submit an executed lease for the shelter building, which was built by the Town of Ocean City on the property of the municipal golf course. The shelter had also failed to submit proof of insurance and tax filings, causing Dare to threaten to cut off the city’s annual $15,000 contribution to the group.

The sum of these records, Hammerschmidt contends, indicates that “while…the entire Board [of Directors] is not absolved of fault, the shelter can certainly be analogized to a fiefdom,” which Davies controlled “with an informality that eliminates input received through proper governance or the consensus required of a membership organization.”

Davies says this interpretation is twisting the reality of her role.

“When the attorneys asked, they got everything I had,” Davies said. “All they had to do was ask. But now they’re trying to make it look like it was something more to justify bullying me out.”

With the departure of Davies, as well as other board members and volunteers who supported her, the remaining shelter staff said this week that they are looking toward the future. The WCHS is currently advertising for a new Executive Director with a full-time schedule and a salary of $50,000.

“I loved the woman [Davies] to death, but this place was incredibly unorganized,” said five-year shelter employee Karen Hendrix. “I’m just hoping they find a good director that can raise money instead of spend money.” 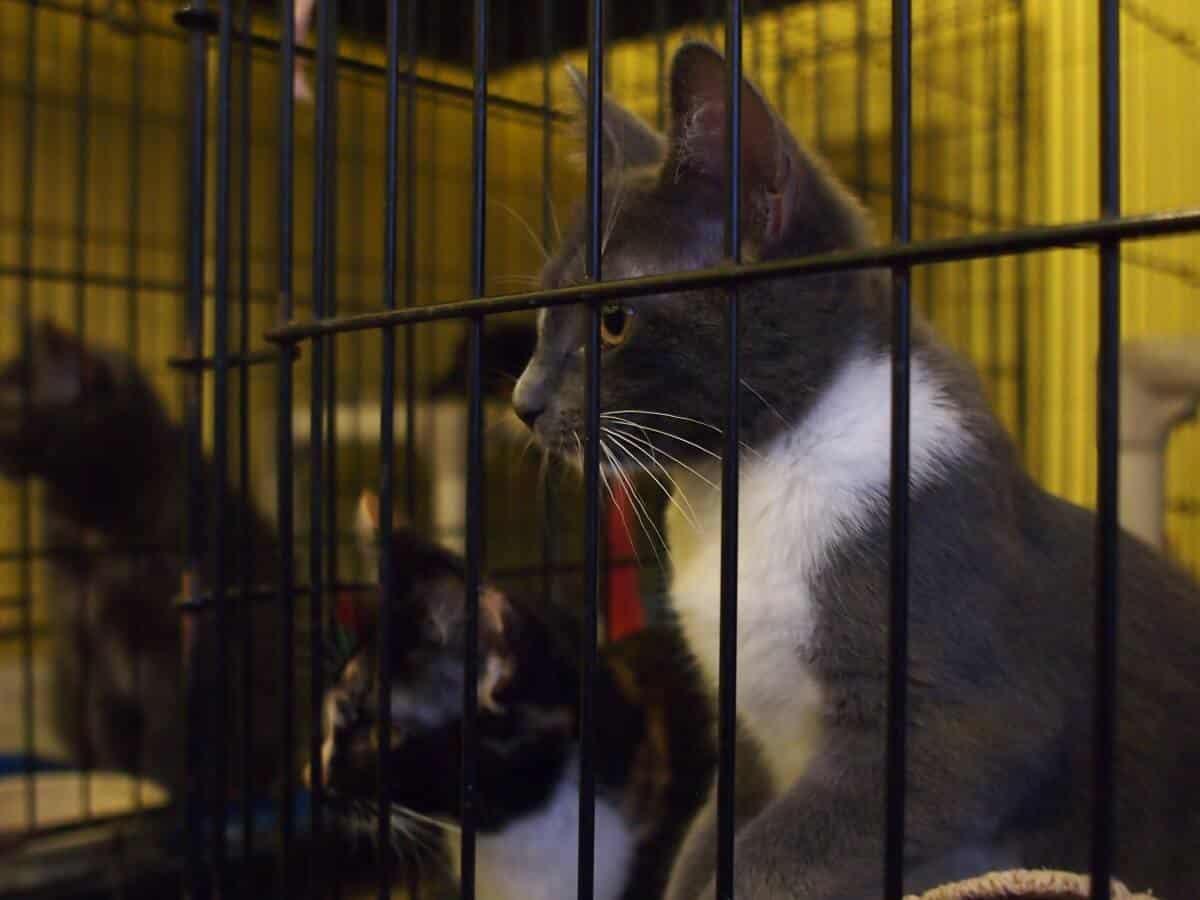