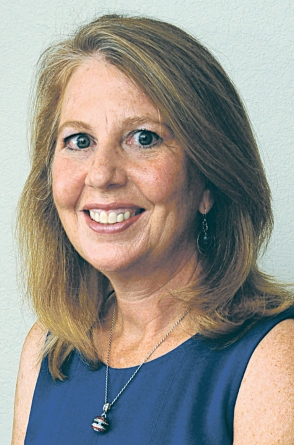 (June 12,2015) Possession of marijuana paraphernalia will retain stiffer penalties than those for possession of the substance itself for another year, as Gov. Larry Hogan vetoed Senate Bill 517 intended to align the penalties for both.

Delegate Mary Beth Carozza had offered an amendment to the bill to give municipalities like Ocean City a measure of control on where the substance could be consumed in order to protect spaces like the Boardwalk.

Under her amendment, marijuana smoking in public areas would be prohibited unless “authorized by a governmental entity that has jurisdiction over that property.”

Simply put in Ocean City terms, people won’t be smoking pot on the Boardwalk unless and until the City Council specifically allows it.

The idea, Carozza said at the time, is that she didn’t want pending marijuana legislation to be more lenient than the existing rules concerning alcohol.

“My amendment is common sense and protects the public. If it’s a misdemeanor to drink alcohol in public, then it should be a misdemeanor to smoke pot in public. It should not be more lenient to smoke marijuana in public than it is to drink in certain public places,” Carozza said in a previous interview.

The amendment, Carozza’s first, was accepted as “friendly,” by the bill’s sponsor, and unusual but not unheard-of practice for a first-term delegate.

Law enforcement and the state’s attorneys of Worcester and Wicomico, Beau Oglesby and Matt Maciarello, according to Carozza, indicated keeping the consumption of marijuana a criminal, rather than civil offense, would allow for more effective public control.

“If it’s a civil offense, the person who just smoked marijuana in public could be issued a paper citation, and then just walk a little ways down the boardwalk, and light up again,” Carozza said in a release.

Additionally, police would be left without authority to make traffic stops based on marijuana consumption. Law enforcement officials have repeatedly said the only mechanism they have available is the paraphernalia penalty, and while it may not be the most logical solution, it is a solution.

“Since we don’t know at this point whether the General Assembly will try to override the governor’s veto when we return to session in January, I plan to continue to work with law enforcement and the state’s attorneys to draft and, if needed, introduce legislation to keep the use of marijuana in public as a criminal offense. We are safer as a community when these tools are options for our law enforcement,” Carozza said.