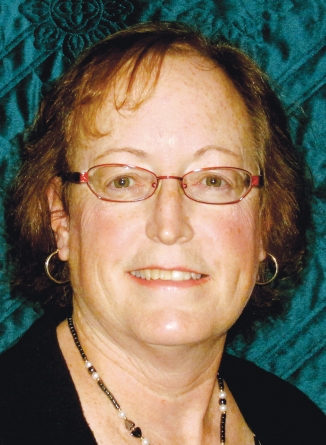 (April 5, 2013) Recently married with a 1-year-old son, Judy Davis was diagnosed with Acute Lymphocytic Leukemia (ALL), a blood cancer that often strikes children, in February 1983. She was 27 years old.

The Memphis medical facility is a lead researcher in the fight against childhood catastrophic illnesses, including Leukemia, Sickle Cell Disease, Pediatric AIDS and Genetic Immune Disorders. Research conducted there is shared with doctors and scientists worldwide.

“There’s a high chance the chemotherapy protocol used on me was developed by St. Jude’s Hospital,” said Davis, who lives in Ocean City. “My love for children has been the catalyst for the yearly ‘Let’s Walk the Boards for St. Jude Children’s Hospital.’ Knowing what sickness looks like, I can’t imagine being the parent of a child with a serious disease.”

Registration for the 10th annual “Let’s Walk the Boards for St. Jude Children’s Hospital” will begin at 9 a.m. on Saturday, at the southern end of the Boardwalk near the tram station. Walkers may begin their trek at anytime. The purpose of the Boardwalk event is to raise funds for St. Jude, one of the world’s premier centers for research and treatment of catastrophic diseases in children, primarily pediatric cancers.

Davis said the goal this year is to bring in $5,000. According to the event’s Facebook page, participants had raised more than $1,100 as of Monday. Davis said $1,000 pays for two days worth of oxygen for a young patient at St. Jude. A day of chemotherapy for a St. Jude patient costs $750, and $500 provides two transfusion units of red blood cells.

“It’s a small group with a big heart,” she said.

A $15 donation is required to participate. All walkers will receive a certificate of participation. Those who raise $35 or more will get a T-shirt. People who collect $75 or more will take home a St. Jude gym bag and T-shirt. Walkers who garner $150 or more will be awarded a St. Jude camp folding stool, bag and shirt. All donations are tax-deductible. Students can also earn three service hour credits for participating.

The 4.5-mile stroll on the Boardwalk will take place rain or shine, and walkers do not have to complete the entire course.

St. Jude is the world’s largest pediatric cancer research center in terms of the number of patients enrolled and treated. Since opening in 1962, the hospital has treated more than 20,000 children from the United States and 70 foreign countries.

Research at St. Jude includes gene therapy, bone marrow transplant, chemo-therapy and radiation treatment among others, and the results are shared with doctors around the world.

For information about St. Jude Children’s Hospital, visit www.stjude.org. To take part in the Ocean City walk or to make a donation, call Davis at 410-213-1956.