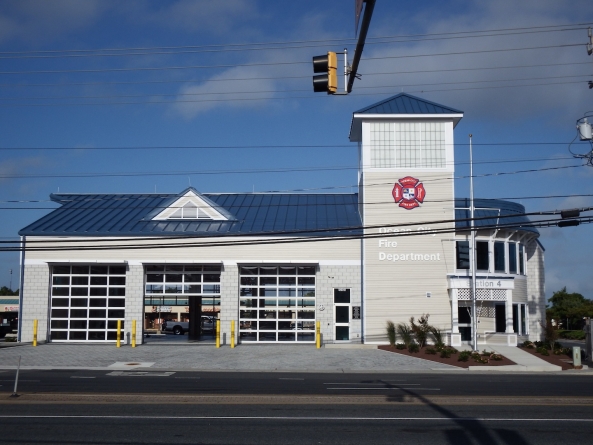 (Feb. 27, 2015) Things are heating up at Station 4, and although that’s usually a bad thing in the parlance of firefighters, it’s more than welcome in this case.

Since the cold snap two weeks ago, the Town of Ocean City has become aware that it’s newly constructed fire station at 130th Street, valued at $2.7 million, is either inadequately heated, or inadequately insulated, depending on which side of the coin is being viewed.

“We’re trying to figure out what’s going on,” said City Engineer Terry McGean. “The system, from the outside, appears to be working as designed, but its just not heating the slab as it should.”

The design of Station 4 hinges on radiant heating lines that run through the concrete slab atop which the station is built. Although such a system should work on paper – and has, in practice, in projects in other jurisdictions – the city has never built a public structure using such a system.

The station was able to keep a relatively stable temperature for the first three months since it’s opening late last October, but even that was apparently stretching the building’s capacity.

Temperatures got colder in February, and Ocean City Fire Department personnel reported a temperature of 37 degrees in the station’s engine bay over Presidents’ Day Weekend.

A few critical tweaks have since warmed the building, to 72 degrees on Sunday, McGean said, but something is clearly not right.

“The system was designed, basically, for twice the estimated load that was to be put on it,” McGean said.

The radiant floor heating should be efficient enough, in theory, that other insulating and heating features could be down-engineered. This was the case at Station 4, where the glass in the overhead doors is single-sheet Plexiglas, rather than double-pane traditional glass with a higher insulation rating.

As a large open space with high ceilings, engine bays are difficult to heat relative to the other spaces of a firehouse, such as offices and bunkrooms. For this reason, gas-fired heaters are typically suspended from the ceilings overtop the fire trucks and ambulances.

This is not the case in Station 4, where the radiant system should – again in theory – be providing enough heat, McGean said.

The building is rated, on paper, to be able to hold a minimum of 60 degrees, even when the overhead engine doors are being opened and closed frequently, another variable that firefighters have noted.

“Those things, even combined, should not be causing us to struggle as much as we are,” McGean said. “I’m less inclined right now to think that it’s a design issue than it is something going on with the installation.”

Nevertheless, the ambitious design is a departure for most fire and EMS staff. Station 5, in West Ocean City, was built in 2011 at roughly the same size, but with a much more conventional plan.

“We have an identical building in West Ocean City without these problems, which I think caused a lot of skepticism about the design,” said OCFD Chief Chris Larmore. “But we adapted, and it’s working out. I don’t think anyone’s dissatisfied with the new building overall.”

The 60-degree rating is critical for the OCFD’s ambulances, since medicines cannot be injected if they get below this temperature.

Until recently, small heaters were being placed in the backs of ambulances when parked. Additionally, three industrial heaters used for structural drying were brought in from Royal Plus to heat the entire facility.

Two of those have since been removed, McGean said. The boiler unit in the station was increased from a 110-degree capacity to 130 degrees, along with a few other minor tweaks.

Past this, there isn’t much else to be done until the issue with the core heating system is addressed.

“We’re going to bring in a radiant floor heat expert,” McGean said. “Bottom line, it should be heating that slab much more than it is. But even in the worst case, if we have to put up some hung gas-fired heaters like we have at the other fire stations, it’s not a huge expense.”

Architectural work on Station 4 was done by Design Atlantic, and construction by Gillis Gilkerson, both firms out of Salisbury. Originally slated to be finished in May, the project was pushed back five months due to weather and materials delays.

The city has had a string of bad luck recently with capital projects being late and having issues. The stage and restroom facility at Caroline Street on the Boardwalk was delayed for more than seven months, opening last winter instead of the spring of 2013.

Next month, the council is scheduled to review final plans for a renovation of the OCFD’s headquarters building on 15th Street. The building will be expanded, but not completely replaced.

But while Station 4’s budget came in relatively loose – the city borrowed $3.35 million, but only needed $2.7 million – the headquarters renovation is on a tight leash. The current $2 million budget, which includes only a 10 percent contingency expense, is already an increase over the $1.5 million the city borrowed for the project. That increase was covered by using surplus operating funds. 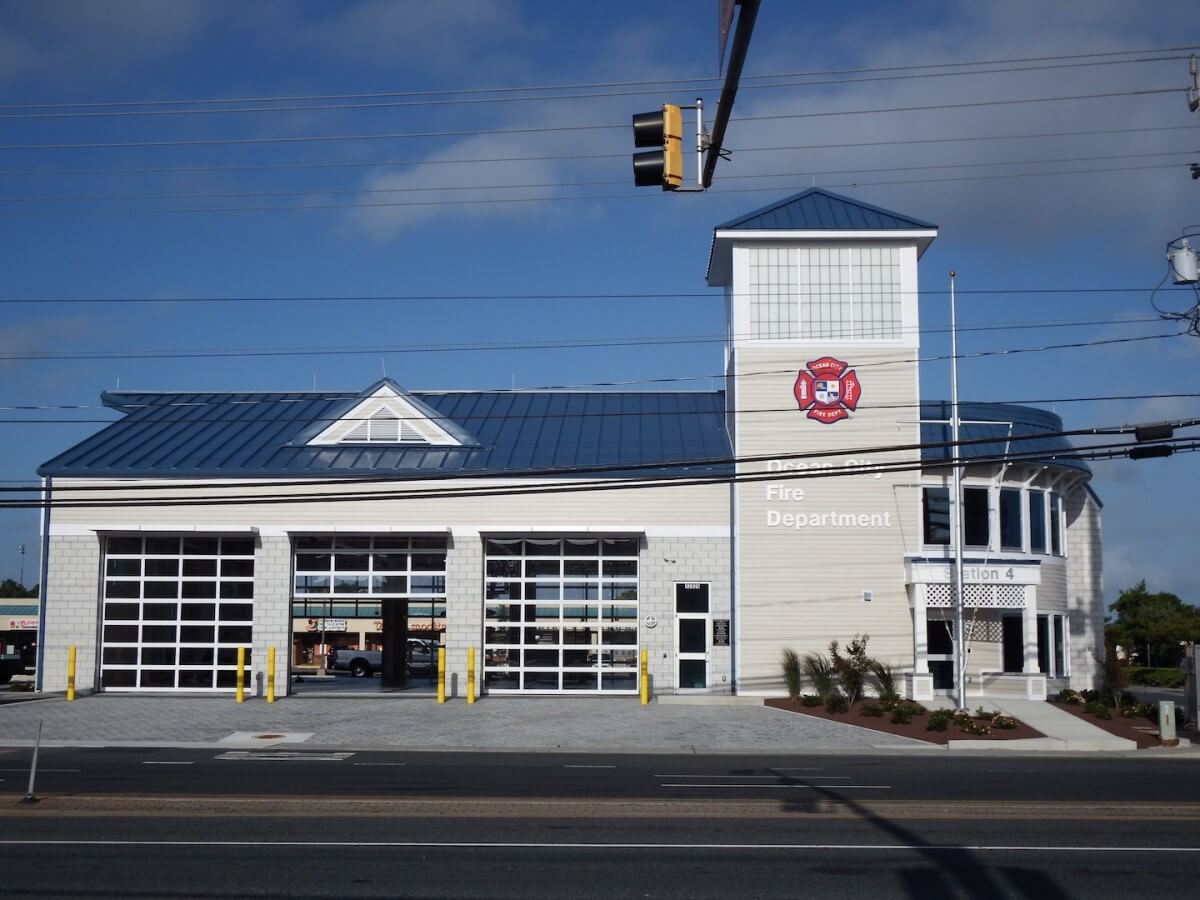