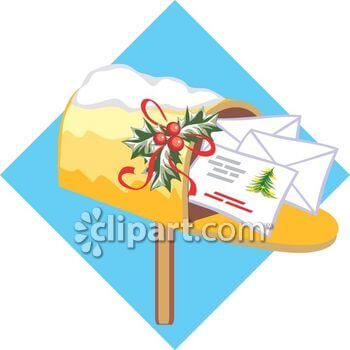 (Jan. 9, 2015) Christmas may be over, but there is still one more feel-good story to keep the holiday spirit alive.

The Ocean City Post Office on 71st Street writes reply letters to children who have mailed their wish lists to Santa Claus.

Pam Hammond, a clerk at the post office, has been working there for 25 years and has responded to letters as Santa for three Christmases.

The post office trains employees on how to properly write a Santa letter and has always been involved since children send in their wish lists every year, Hammond said.

Hammond is a grandma of four, which helps in her letter writing to children, she said. She would see Santa letters coming through the mail every Christmas and after reading them, she thought “If this were my grandkids, I would tell them this [in a reply letter].”

Her Santa letter writing progressed from there, and Christmas is her favorite holiday, which puts added spirit into her letters.

“The children might not be getting anything they ask for, but at least someone out there is answering and there is hope. They know someone cares and is listening,” she said.

The key to Santa responses is to make the letter generic and include points from their letter. She has received four or five repeat children the past couple years and makes sure to reference what they wrote about last year “because Santa should know that stuff.”

If a child sent a picture in previous years or their handwriting changes, Hammond will mention these points. The letters are written on special paper and Santa signs in a red marker.

“It is important to really think about what they are saying and thinking. Figuring out their age is big and being a grandma helps me zone in on that,” Hammond said.

This year, a little girl sent two letters to Santa, which never happened before. The first letter asked Santa for a razor to shave her legs. The second let Santa know the razor was a joke and she needed to add two more items to her list.

The post office received a letter a couple years ago and it broke Hammond’s heart, she said. An 8-year-old girl asked Santa for items her struggling family was not able to afford.

Employees of the post office were touched by the letter and decided to adopt the family. They bought most of the items on the little girl’s list and it was delivered to her house anonymously.

A letter was written to the parents about how wonderful their daughter was raised, and of course, the little girl received a response from Santa.

Before Thanksgiving, elementary school students from Worcester Prep came to the post office for a trip and some parents accompanied them. One of the children saw Santa’s mailbox and Hammond urged them to write a letter because it would definitely be answered by Santa.

Hammond answers about 12 to 24 letters each Christmas season and worries people do not know about the Santa writing services. Letters for Santa dropped in the blue mailboxes around town may not make it to the post office in Ocean City.

The letters should be placed in the antique mailbox at the 71st Street post office, which is about 100 years old. It was once on the street and is now decoratively painted for North Pole bound letters.

“Every one of us would like to take that mailbox when we retire, but it is never going to happen,” joked Hammond.