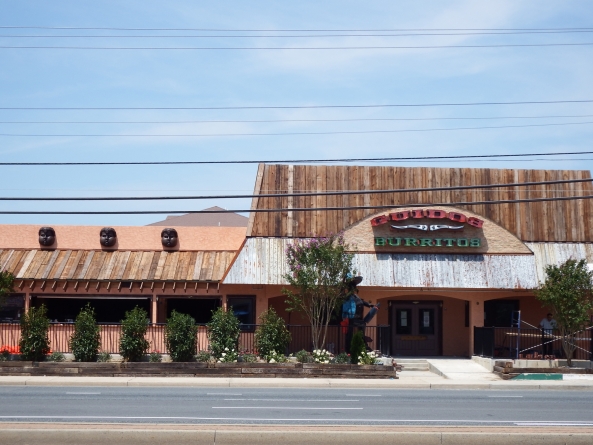 The owner of Guido’s Burritos at 33rd Street received a stern warning, but no penalty, last week from the Board of License Commissioners for enlarging the area where he may serve alcohol without notifying the board.

“We will dismiss the violation,” BLC Acting Chairman Charles Nichols told Rocco Di Filippo, who had been denied approval in May when he asked for alcoholic beverage privileges at 138 outdoor seats.

The board did not want him selling or serving alcohol to patrons on an elevated deck on the east side just a few feet from Coastal Highway, but permitted alcoholic sales, service and consumption at 56 seats on the restaurant’s outside deck on its north side. They also prohibited the proposed outside bar on the east side and outside speakers.

Because the board only controls alcohol, Di Filippo could allow people to eat while being seated outside on the east side.

Di Filippo, however, wanted to serve alcohol at more seats, so he began construction to “bump out” the east side of the restaurant toward Coastal Highway in part of the area where he could have seating, but not alcohol sales or service. He neglected to notify the board, which is a violation of Maryland code, which states that a licensee seeking to modify the licensed premises, the area where alcohol may be sold, serve and consumed, must see approval of the Board of License Commissioners.

“Procedurally, it wasn’t done in the right chronology of events,” attorney Mark Cropper said on behalf of Di Filippo.

Also, Cropper said, if Di Filippo had waited until that day, July 16, to ask for approval for the modification to the license premises, he would have lost six weeks of business. Di Filippo had hoped to open Guido’s Burritos in early July.

“He’s trying to finish the building and capture some portion of the summer,” Cropper said. “In the middle of the summer, losing five or six weeks is huge.”

The additional indoor area adds approximately 234 square feet to the area where the business may have alcoholic beverage privileges. It also changes the look of the restaurant, formerly Angelo’s Italian Cuisine.

“The modifications are incredibly attractive,” Cropper told the board.

In addition to dismissing the violation, the board stipulated that when live entertainment is being performed in the Sand Bar Lounge on the restaurant’s south end, the restaurant’s windows facing Coastal Highway must be closed.

The original Guido’s Burritos is located on the Boardwalk at 7 N. Atlantic Ave.