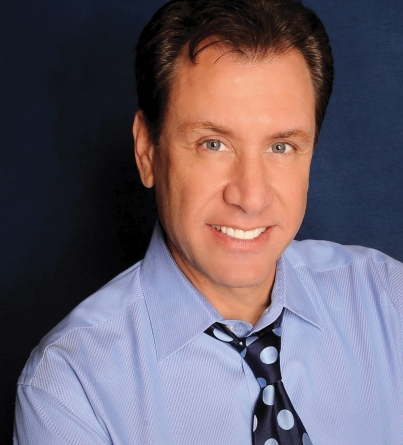 In 2012, instead of a band, “International Champion of Magic” John George provided the entertainment for the 11th annual gala at the Clarion Resort Fontainebleau Hotel on 101st Street and Wayne Littleton, coordinator for the Believe in Tomorrow Children’s Foundation Beach Respite Housing Program, said the change was a huge success.

Comedian and magician Bruce Gold is set to headline the 12th annual gala, scheduled for Friday, April 12, at the Clarion.

“Last year was strictly magic and this year, it’s magic and comedy,” Littleton said. “Last year went great. It was, by far, the best event we’ve had. Everyone was in a good mood and happy when they left, and I hope this year will turnout just like last year.”

The 2013 fundraiser for Believe in Tomorrow Children’s Foundation Respite Housing Program, which provides critically ill children and their families a much-needed getaway to the beach from the everyday stresses of a child’s medical illness, will begin with cocktails at 6 p.m. followed by a sit-down dinner. Sweet Disposition of Selbyville, Del. will provide the desserts.

“We’ll have a little bit of everything,” Littleton said. “We’ve got some affordable stuff and some high-dollar items.”

Music will be provided by DJ BK. JJ Roth of 93.5 The Beach will be the gala emcee.

The “Hero by the Sea” award will be presented to a longtime supporter Pete Meeks, owner of Delaware Elevator. Meeks is spearheading the project of installing a full-service elevator in the Believe In Tomorrow House By The Sea four-unit apartment building on 66th Street. Meeks has donated the elevator.

The building currently has a wheelchair lift. Because it is exposed to the salt air, the lift is prone to mechanical issues and rust. The lift only goes up to the first floor of the facility so just one unit is handicap accessible. With a full-service elevator, the three units on the second floor will be handicap accessible, as well.

Several families who take advantage of the program’s services will attend the gala. One mother will talk about her family’s experience with the organization.

Billed as “Clean, Clever, Comedy & Magic,” Gold will take the stage after dinner. Gold, who at the age of 12 discovered he was related to Harry Houdini, has appeared in comedy clubs across the country and on the world’s largest cruise ships. He has been featured on more than a dozen TV shows, including Evening At The Improv, Oprah and the 1980s-90s sitcom Full House. Gold also showed off his talent in an award-winning “Got milk?” television commercial.

Proceeds from the April 12 event will help pay for upkeep of the organization’s three resort facilities, as well as fund activities such as cookouts for the children and their families who stay at one of the houses.

The resort facilities include a four-unit apartment building on 66th Street; a house on the bay at 28th Street, the first respite house in the country to focus on the needs of military pediatrics; and a townhouse in Fenwick Island, Del.

Rarely is there a time when the facilities are empty. Six families fill the houses each week throughout the summer, typically from mid-May through September. In the off-season — the winter, spring and fall — at least three or four families on average stay at the facilities each week.

Tickets for the gala cost $75 per person, or $150 per couple. The deadline to purchase tickets is April 5. Only 210 tickets will be sold. Approximately 100 tickets remain.

For additional information, call Littleton at 410-723-2842. To learn more about Gold, visit www.brucegold.com.