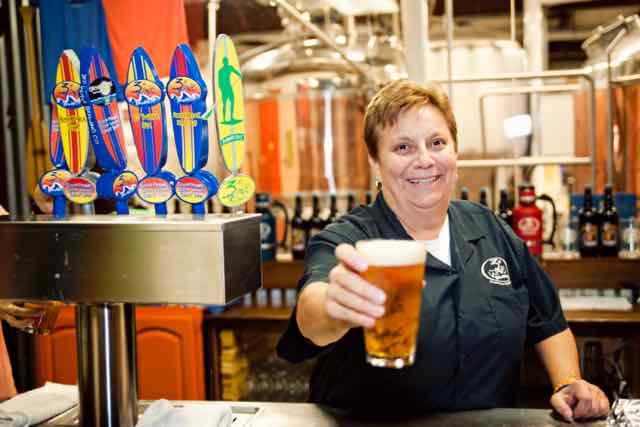 There’s plenty going on in the breweries all around the Eastern Shore, but this week it mostly is about outreach. Brewers here are taking advantage of the quiet season to spread the word about Shore Craft Beer. Whether you are looking for gifts for you, or from you, craft beer is a treat and a half.

Beer gear is a safe bet if you’re looking for gifts. Later on this week we’ll be posting some of our favorites from each of the breweries, but you can choose for yourself if you want. Evolution Craft Brewing is making a big push this week:

Ever-better holiday gifts for the Craft Beer Lover in your family. Check out the store on our website. http://www.evolutioncraftbrewing.com/store

Or you could just, you know, give beer

Shore Craft Beer is not only a really popular gift, but also kind of an exclusive one. Lots of the more popular brands are easy to find, but if you go into one of the local breweries, odds are you will be able to get a special release beer in a 750ml bottle. Not that there’s anything wrong with a classic…

For our friends on the western Shore who miss the beach, there’s not a lot we can do to help you. If you’re missing the beer, however, we kind of have you covered. Ocean City Brewing is hosting an Evo tap takeover in its Bel Air brewpub so you can get a taste of several Shore beers without crossing the bridge.

Please join us for our first official Tap Takeover & Pint Night Thursday with another eastern shore favorite, Evolution Brewing Company. We will be featuring Lot 3, Exile Red, Rise Up, & more.

More than merch there’s Merch(andizing) and our friends at FinCity are moving out with distinctive displays. If you are fortunate enough to see one out in the wild, let us know by tagging us on Facebook or Twitter

Congratulations are in order for Assawoman Bay. It wasn’t a secret that they made great beer, but they were impressive to the guys at Mid-Atlantic Brewing Company, which totally is saying something.

Top Ten Beers of a Banner Year! We took home #1 and #4! Make sure you get your copy of the Mid-Atlantic Brewing news…

3rd Wave Brewing Company is the latest to take the canning plunge. They had a mobile canner in last week and this week, Shore Break Pale Ale is in the stores or on its way to them, depending upon how far away you are. There are so many great things going on it is hard to keep track.

Thank God we have people on the beach to remind us that summer never really goes away. But this weekend summer really, really didn’t go away. It showed up with its flipflops and Santa hat and hit the beach…

The calendar may say December, but nobody told Ocean City!

Beat Army, the newest release from Chesapeake Brewing Company must have worked. We imagine that many of the people in this photo had the opportunity to try the new Golden Lager.

But at the end of the day, remember…