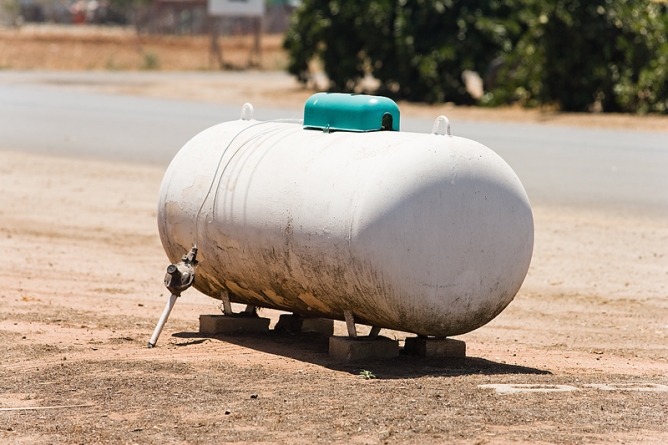 (Feb. 28, 2014) Ocean City gas customers will likely have to start chipping in to continue infrastructure improvements following the buy-out of the city’s propane provider.

These improvements were previously shouldered by the de-regulated Eastern Shore Gas Company, which Chesapeake purchased last year, and now operates as Sandpiper Energy.

Chesapeake officials have been reluctant to confirm that they will ask the PSC for a rate change.

“I couldn’t specify right now if any filing is going to be made or not,” said Bill O’Brien, Chesapeake’s Director of Pricing and Regulatory Affairs.

However, it is known that Chesapeake would have no other option, per PSC’s regulatory scheme, if it desired to continue the undergrounding and line extensions requested by the Town of Ocean City.

Closed-door discussions have occurred between the company and City Hall.

For ratepayers, the change would be seen in what is referred to as the Service Improvement Rate on their monthly bill. This charge is authorized by the PSC to cover the cost of material improvements that a company may be making in their given coverage area.

The idea behind the SIR scheme is that service companies should not simply recoup the cost of infrastructure improvements by increasing the basic rate for energy – especially in places where customers only have one choice of provider – as this would allow companies to gouge their customers by making unnecessary upgrades.

Thus, any rate increases necessitated by infrastructure improvements must be broken out separately as an SIR, and approved by the PSC.

Chesapeake currently incurs three SIR components to all of its ratepayers, to cover the cost of replacing aging steel propane lines, converting those lines to less-expensive natural gas, and converting individual customers’ equipment.

That charge was approved by the PSC last year when Chesapeake bought out Eastern Shore Gas with the intent of bringing natural gas into the area to replace propane.

Further, the PSC’s bylaws require that any installation of new infrastructure “be limited to the extent of new investment warranted by the anticipated revenues.”

In other words, the gas company cannot do improvements that aren’t expected to make its money back. If it was allowed to do so, existing customers would essentially be subsidizing the cost of gaining future customers, as can happen with new real estate developments.

“If a new development seeks an extension out to its location to service new customers, then we can put that project in as long as that project is determined to be economically feasible,” O’Brien said.

If not, “the developer, or whomever the applicant for the new project is, would need to make up the difference between what it costs us to install and what our rate would actually cover,” O’Brien said.

In the resort’s case, that applicant is the Town of Ocean City itself, which has significant interest in extending underground gas lines.

“Every time we dig up a street, we coordinate with the gas company to install or repair lines beneath,” said city Public Works Director Hal Adkins.

In particular, Adkins estimated that roughly 60 to 70 percent of the town is served by underground lines that are centrally distributed. The rest gets its gas from above-ground tanks.

“They are a significant hazard,” Adkins said. “It wouldn’t take that much flooding to float them or wash them out. So over the years we’ve been working with the gas company to remove them and extend underground lines everywhere.”

However, given the fact that Ocean City only has a viable customer base for three months of the year, the PSC’s regulations would bar Chesapeake from such improvements unless it received some sort of compensation from the town in the form of an SIR.

Ratepayers within the city limits would thus be charged an SIR equal to the amount by which the cost of the improvements is expected to exceed their return.

O’Brien declined to speculate what such an SIR would be. But he did note that the current four-component rate charged to resort customers – consisting of the SIR as well as the raw energy rate and distribution cost per hundred cubic feet of gas, plus a flat monthly fee – is lower than the rate before the acquisition.

“When you add those charges all up, there’s still a significant discount from what Eastern Shore Gas was charging,” O’Brien said.

“Historically, Eastern Shore Gas would install lines wherever we asked, and could freely alter their rate to make up the cost,” Adkins said. “Chesapeake is more tightly regulated by the PSC, but we are continuing to work closely with them on these projects.”

Eastern Shore Gas was de-regulated in 1999 by an act of the state legislature, which removed price restrictions from companies who supplied energy, but purchased it from another party and did not own any production assets themselves.

Representatives from the PSC did not return requests for comment as of press time.