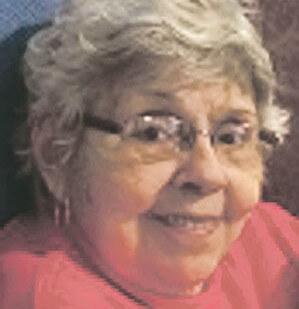 There are 22 grandchildren and 22 great-grandchildren (and counting.) Also surviving is her sister Marilyn Canjar, Denver, Colo., and sister-in-law Phyllis Fortier, Marlboro, Ma. and host of nieces and nephews.

In addition to her parents, she is preceded in death by her first husband Lt Col. (Ret) Wayne Barker in 1975, and her brother Frank Fortier.

Midge and Jerry were married in March 1981 and shared many years of camping, traveling and visiting with their well-blended family.

In 2000 Midge and Jerry moved to Ocean Pines. Midge became a very active member of the Pine’eer Craft Club. She enjoyed many years of friendship and crafting with her fellow club members.

By her family she will always be remembered as “Grandma Midge” with memories of their favorite foods being on the table as they came in the house. The annual trips will never be forgotten with her children and the hours of laughter and the millions of times Jerry went to Wal-Mart.

Midge will live on through all of us and we will smile each time we look at her namesake Eleanor Jane, her great-granddaughter.

A Mass of Christian Burial will be held on Saturday Jan. 17, 2015 at 1 p.m. at St. John Neumann Catholic Church near Ocean Pines.

In lieu of flowers, donation in her memory may be sent to the charity of your choice. Letters of condolence may be sent via: www.burbagefuneralhome.com.