The local craft beer movement in Ocean City, Md and the surrounding Eastern Shore area has been brewing for quite some time. It’s given rise to multiple new breweries, inspired the creation of ShoreCraftBeer.com, spawned a massive joint marketing effort between government agencies, tourism departments, and local businesses, and even led to the official designation of October as ‘Shore Craft Beer Month.’ If all that isn’t enough to quench your thirst for local beer, the Town of Ocean City is preparing to host its first ever beer festival this October.

The capstone event of the inaugural Shore Craft Beer Month, which takes place across Delmarva throughout October, Shore Craft Beer Fest will celebrate the rapidly growing craft beer culture found along the Maryland and Delaware shores. On Saturday, October 24, Sunset Park in Ocean City will be home the first of this annual event featuring only local breweries, an assortment of food trucks, live music,and amazing views of the Assawoman Bay.. 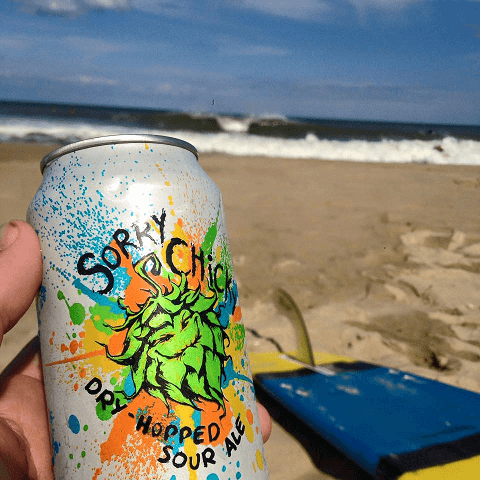 Festival goers will receive a commemorative tasting glass, enjoy unlimited samples from at least 11 local breweries (poured by the men and women who make them), enjoy delicious food from Rosenfeld’s Jewish Delicatessen and Big Al’s Food Truck, and be able to grab cans, bottles, and growlers of beer to go, as well as t-shirts, books, and other swag.

To make Shore Craft Beer Fest even more special, brewmasers from several breweries will be teaming up to create a one-of-a-kind beer exclusively for the event by ‘going back to their roots.’ On September 21 they will bust out their homebrewing equipment at Assawoman Bay Brewing Co. to collaboratively brew what’e being called ‘OC-toberfest,’ This small batch will only be available for sampling by those who attend Shore Craft Beer Fest, but all are invited to Monday’s brewing demonstration (RSVP here if you want to attend).

Craft beer fanatics who want to maximize their Shore Craft Beer Fest experience are encouraged to pick up one of only 100 available VIP tickets, which include an extra hour of sampling and the chance to speak directly with brewers with no crowds, as well as an exclusive discussion with local author Tony Russo about the evolution of Eastern Shore beer and culture.

This groundbreaking event will take place October 24 from 12:30-4:30 pm with the first hour reserved for VIP ticket holders. Tickets are limited and currently on sale at www.ShoreCraftBeerFest.com. General Admission tickets are $25 in advance or $35 at the door and VIP passes are $40. Designated drivers are welcome to attend the festival as well for just $10.

Tickets are limited and currently on sale at www.ShoreCraftBeerFest.com.