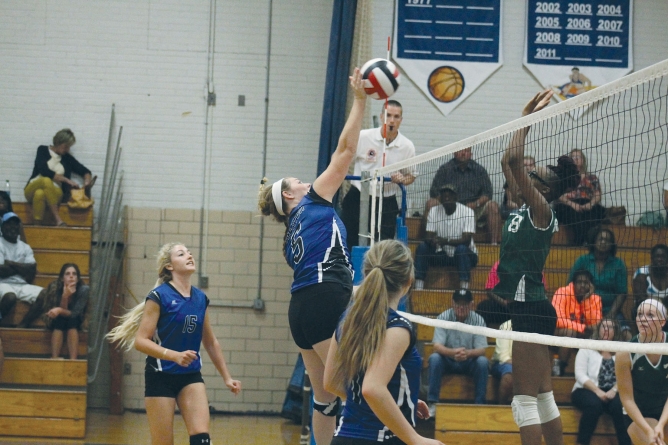 (Oct. 3, 2014) The Stephen Decatur volleyball team lost in three games to the Parkside Rams on Tuesday in Berlin, but Lady Seahawks’ Coach Sarah Purnell was proud of her players’ effort.

“While the scores don’t necessarily reflect the girls’ efforts, they really played hard. This is the first game all season where I felt like our girls clicked well all three matches,” Purnell said. “Their passing was much better, they were making great plays and they were playing smart. Our stats were pretty spread out, which hasn’t happened this season either. I was very proud of my girls and how hard they played.”

The Seahawks will take a trip to Queen Anne’s County to face the Lions today, Friday, at 5:30 p.m.