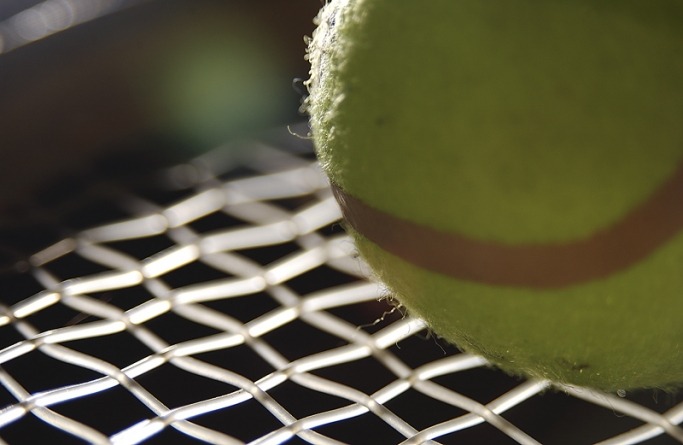 (May 22, 2015) Eight Stephen Decatur tennis players competed in the District VIII tournament, held May 12-13, in Cambridge.

Unfortunately, most of the Seahawks were eliminated in the first round.

Junior Logan Romberger was the only Decatur player to advance to the second round. Romberger, who wasn’t feeling well during competition, won his first match 6-4, 6-1.

“He’s our captain and our No. 1 seed. I’m glad to see him finish that way,” said Decatur boys’ team Coach Steve Berquist. “I was pleasantly surprised.”

In the second round, he lost the first set 0-6 then had to retire due to illness.

Senior Mallory Rolleston also represented Decatur in singles competition. She lost 0-6, 3-6 in the first round.

Seniors Delaney Iacona and Calais Rodriguez took the court in girls’ doubles action. They earned a 6-0 shutout then lost in a tiebreaker set 4-7. The Seahawks were eliminated with a 3-6 loss in the third set.

“We drew some tough teams in the first round,” said Decatur girls’ team Coach Jamie Greenwood.

The Lady Seahawks finished the season with an 8-6 record. Six players, most of whom were in the starting line-up, will graduate next week.

“We lost so many from last year, but I thought [the season] went well,” Greenwood said, despite not much practice time this year because of snow and rain.

The six players on Greenwood’s roster who are not graduating saw some time on the court this season and will return in 2016 with a year of varsity match experience under their belts.

The boys’ team went 2-12 this season, but despite a losing record, Berquist said the athletes enjoyed playing tennis and they were a pleasure to work with.

Decatur’s boys were edged out 4-3 in several matches this season.

“A lot of years we won 4-3, but I guess it caught up to us this year,” Berquist said. “We’re only graduating one senior [Moore] so we should be good next year. We’ll have seven seniors so we should be much more competitive. I look forward to a senior-heavy team next year.”