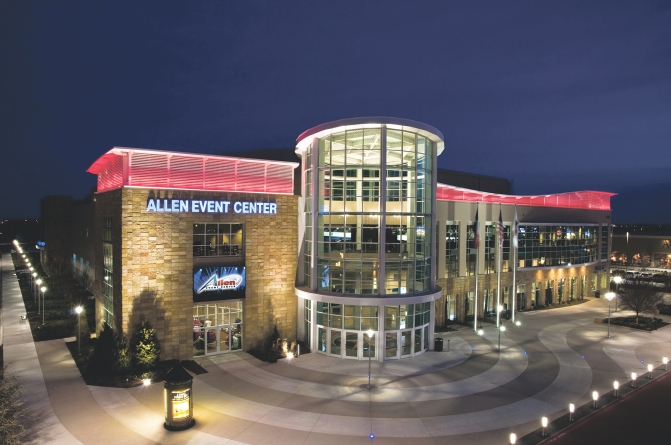 (Jan. 23, 2015) While the indicators for a sports-based arena complex to be located somewhere within Worcester County are all good, the county commissioners on Tuesday stumbled towards proceeding with the study that would validate those claims.

Hat Trick Consultants, a Texas-based firm with an obvious hockey focus, contacted the county last summer to propose an arena project in the county, Worcester Economic Development Director Bill Badger told the commissioners. Since then, Badger continued, they’ve contacted him “every couple of weeks.”

The consultants in an initial study provided to the county said they “own the rights” to the Brahmas hockey club, which could either play in the Central League or move to a division that would likely include Worcester’s arena. Hat Trick Consultants produced this study without any funding from the county, Badger said. The next step, Badger said, would be lining up the funding for a second study to be conducted by the Maryland Stadium Authority, which would be asked to foot 40 percent of the bill.

That leaves Worcester County on the hook for the remaining 60 percent of the estimated $15,000-$25,000 cost. Badger said the MSA needs to see the funding lined up before they agree to perform the study, and that Hat Trick Consultants had agreed to put in as much as $5,000, leaving the county’s contribution at about $12,000.

On a question from a commissioner, Deputy Economic Development Director Merry Mears said the money to finance this portion had been allocated in the previous budget during this fiscal year.

Commissioner Joe Mitrecic, of the Ocean City district, moved to provide authorization for the study, but during the ensuing discussion he said he could see he didn’t have the votes for his motion to pass.

Commissioner Chip Bertino of Ocean Pines said he needed more information on the project and would have liked Hat Trick to give a presentation in open session before voting. Pocomoke-based Commissioner Merrill Lockfaw said he was concerned with the county “front-loading” assets into the northern part of the county only, while Commissioner Diana Purnell had budgetary questions.

Mitrecic revoked his motion, only to have Commissioner Ted Elder of Snow Hill restate it. Mitrecic seconded Elder’s motion and the vote passed 4-3.

The proposed arena would have about 6,200 seats, expandable to 8,000 for certain kinds of events. The site of the arena is not identified, but Badger estimated that a 10-12 acre footprint would be needed for the facility and related parking with good access to major roadways. Routes 50 and 113 were mentioned.

Hat Trick estimates the venue could house up to 125 events per year, add hundreds of construction jobs while the facility is being built and maintain a workforce of about 100 once the facility is open. The consultants go on to say the arena would not compete with the Ocean City Convention Center or the Performing Arts Center, since neither caters to sports activities.

The arena could hold other sporting events besides hockey. Lacrosse, basketball and arena football were all mentioned.

Overall cost estimates from the consultants are based on a $40 million price tag, but Badger increased the estimates to between $40-$50 million, emphasizing that Worcester County would not provide that amount towards the arena. Badger said there are a number of funding opportunities available, such as a public/private partnership.

Projecting revenue and expenses based on $40 million at 3.5 percent interest amortized over 20 years, Hat Trick forecasts about $312,000 in net revenue annually.

Using revenue sources such as merchandizing, club seats and suites, naming rights and rent, Hat Trick projects $7.5 million in gross revenue offset by $3 million in operating expenses and $1.3 million in staff. Debt service is estimated at $2.8 million, leaving about $300,000 left over.

These numbers will be considered by the MSA study.