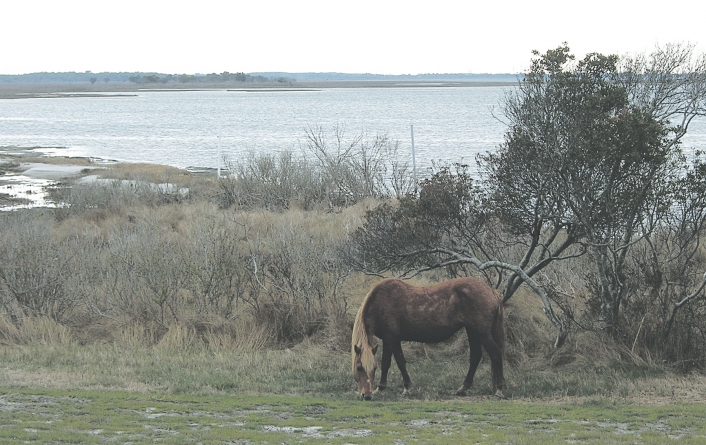 (Jan. 16, 2015) Though plenty has been said both in public and private about the proposed fee increases for access to Assateague Island National Seashore, few of those comments have been through official channels.

Announced in December, the across-the-board increases will likely be instituted sometime later this year. For now, park staff is compiling the written, e-mailed and even Facebook comments into a report to be delivered to Regional Director Mike Caldwell by Jan. 20, according to Liz Davis, assistant chief of education and interpretation at the park.

Davis said she doesn’t have a final count, but the replies number in the “dozens,” and most of the comments are, unsurprisingly, against the increase.

When put to their Facebook followers, nine replies were recorded.

“Being able to spend a day at Assateague is priceless,” Lisa Kahl Brenanman said.

Others, like Benedict Gomez and Jack Marti, were dubious toward the justification of the increases, cited as inflation.

“Only the government could justify 25 [percent] to 150 [percent] increases at a time when inflation is >1 [percent],” Gomez said.

Davis said she found some good ideas in the bunch, particularly the idea of staggering the increases during the course of the year.

Assateague Island charges $15 per vehicle currently, and wishes to raise the price to $20. Annual passes would go from $30 to $40 annually.

Camping fees at Assateague have not been raised since 2012. Front-country camping, which usually includes vehicle access and developed campsites, would jump from $25 during the season and $20 during the off-season to $30 per night regardless of the time of year.

Assateague Island draws more than 2.1 million visitors per year, according to the U.S. Department of the Interior fiscal 2015 budget justification report. About 130 of the nation’s 401 national parks are seeking rate increases this year.