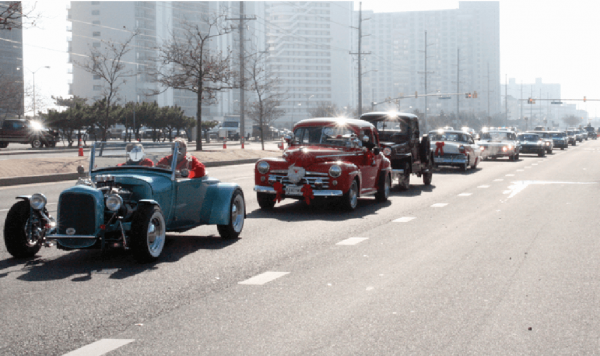 According to a release from the Town of Ocean City:

Spring is just around the corner, and as Ocean City businesses gear up and beach lovers eagerly anticipate sun and sand, the Maryland Department of Transportation’s State Highway Administration (SHA) is working to make the ride at the beach smoother and safer.
Beginning mid-March, weather permitting, SHA will embark on a $3.4 million resurfacing of MD 528 (Coastal Highway) from the Delaware State Line to 62nd Street near MD 90 (Ocean City Expressway).  Work includes grinding/milling, patching, resurfacing and restriping.  Crews may work extended hours to ensure the project is completed prior to the Memorial Day weekend.

While the estimated 34,000 tons of new asphalt will certainly keep road crews busy, the most prominent feature of this 4.7 mile resurfacing may be the striping.  With dedicated bus/bike lanes and marked crosswalks about every four blocks, this stretch of Coastal Highway will get 90,000 linear feet of new striping and 8,300 square feet of new symbols/letters.  New pavement markings are a critical part of any resurfacing – they improve visibility of safety features such as pedestrian crosswalks, particularly at night.
“SHA engineers continually look to improve safety by re-timing signals, enhancing turning movements at intersections, painting “no pedestrian crossing” curb stencils and installing signs in key areas along Coastal Highway to direct pedestrians to crosswalks,” said District Engineer Donnie Drewer.  “The engineering efforts, coupled with the educational partnership between SHA, the Town of Ocean City and Police, businesses and community leaders has made a difference in keeping people safe while visiting the beach.”

Traffic on MD 528 varies considerably and is heaviest during the summer vacation season.  An annualized average of 23,000 vehicles a day travel Coastal Highway at the Delaware line with 36,000 vehicles at 62nd Street. During summer months the average daily traffic reaches nearly 55,000 vehicles each day.  Additionally, each summer week the population of Ocean City receives new temporary residents with a total of more than 500,000 people, most of whom are unfamiliar with the area. The swell in people make Ocean City the second largest city in the State.
The Ocean City Walk Smart! Campaign sponsored by state and local officials, will return to Ocean City along Coastal Highway in Ocean City and US 1 along Delaware beaches this summer. This effort combines engineering, education and enforcement and provides consistent messaging via outdoor advertising and social media to educate visitors about pedestrian safety.

SHA’s contractor for the resurfacing is George & Lynch of Dover, DE.