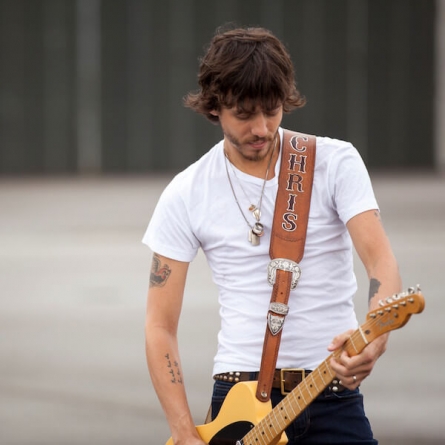 With warm weather soon approaching, the Town of Ocean City is excited to announce the Friday night headliner of the 42nd Annual Sunfest, up and coming country star, Chris Janson!

After writing several chart topping hits for country super stars Tim McGraw, Hank Williams, Jr. and Joe Nichols, Janson released “Buy Me a Boat” which landed him the number one spot on iTunes’ country chart. His live performances have been called “thrilling”, “explosive” and “energetic” making him an exciting addition to the Sunfest stage.

Chris Janson will take the stage inside the Sunfest Entertainment Pavilion stage at 8 p.m. on Friday, September 23rd. Fans can purchase tickets to this performance beginning Friday, March 25, at 10 a.m. Tickets can be purchased at the ocean City Convention Center Box Office on 40th Street. Box office hours are 8 a.m. to 4:30 p.m.Monday through Friday. Tickets can also be purchased at www.ticketmaster.com or by calling 800-551-7328.

Ocean City celebrates the beginning of the “second season” with the 42nd Annual Sunfest, a four-day festival filled with arts and crafts, live entertainment and delicious food all at the Inlet Lot and beach September 22 through 25. Admission to Springfest is free.