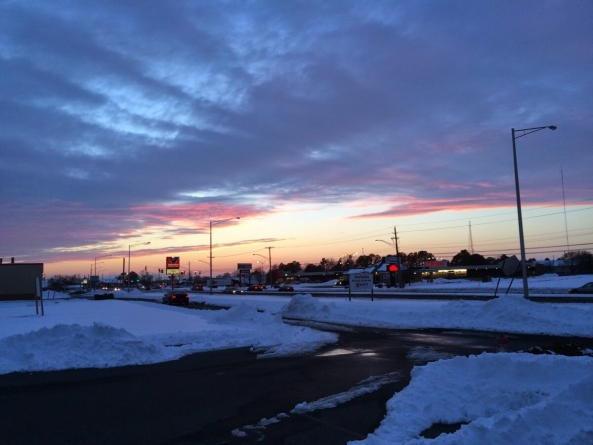 Well.
Winter showed up this week as if it was angry at not being invited and gave us a not so subtle reminder not only that we have to plow through until February, but also that the frosty weather might stay until March again. Although we tend to associate the fairer weather with beer events, from time immemorial winter has been the tavern’s domain. Simply put, taverns were the places that always had a fire going and a tankard at the ready. A tavern offered respite from the pitiless cold and something to keep you warm on the inside as well. People would come in all bundled up for the winter and take comfort in the fact that they weren’t alone.

As winter digs, in the local breweries and tap houses are stoking their fires. These places are in it for the long haul. Although most of us don’t need a place to shelter ourselves from the elements, there is always cabin fever season to be considered. No amount of Skype or social media of any kind is a replacement for looking a person in the eye, or laughing aloud in a room full of other people doing the same. To that end, here’s a quick round up of some of the best brewing events coming up over the rest of the winter. We surely will have more come to our attention over the next week or so, but here’s a starter. As a reminder, please consider following all of these breweries on social media (a lot of times they have pop-up events that we don’t get a chance to announce). When we do, we post them on the Shore Craft Beer Facebook page, so you can check in there as well.

There are a couple events next week that are worth planning to attend, but one that caught my imagination was the Evo Brew Jam, Peace Love and Hops. It wasn’t just the beer it was the food. Build you own grilled cheese? French bread pizza? What better way to spend a winter Saturday afternoon than to get all bundled up for the winter and enjoy the height of modern American winter comfort food.

Be sure to get your ticket at the Public House or evolutioncraftbrewingcom.ticketleap.com/evo-brew-jam

Our friends at Chesapeake Brewing Company are getting ready to open their second location. They will be the second Eastern Shore Brewery to open another location on the western shore and they’re doing it in February (it’s the second month, get it?).

What’s the deal with Hooked Up?

This is one place that doesn’t let a week go by without featuring local breweries. Even though Millville, is something of a quiet beach town, just inland from Dewey, it is a craft beer haven that always is worth the visit.

Washington Street Pub is another one. This Easton establishment has been a craft beer Oasis for two decades at least. When there wasn’t local craft beer to be had, they served “imported” craft beers. It was one of the first area restaurants to see the importance of having great beer to pair with great food.

The Shore Craft Beer and cheese pairing is all set. They said they have plenty of breweries confirmed and hope to have a comprehensive list by next Monday’s Microbrew Monday. For now, suffice it to say that it will be an event you definitely don’t want to miss. *EDIT* We received word that not everyone can see the event. Here’s the link for those who can’t see the event below.
https://www.facebook.com/events/540856609407134/
And, in the long term, don’t forget Dogfish Head