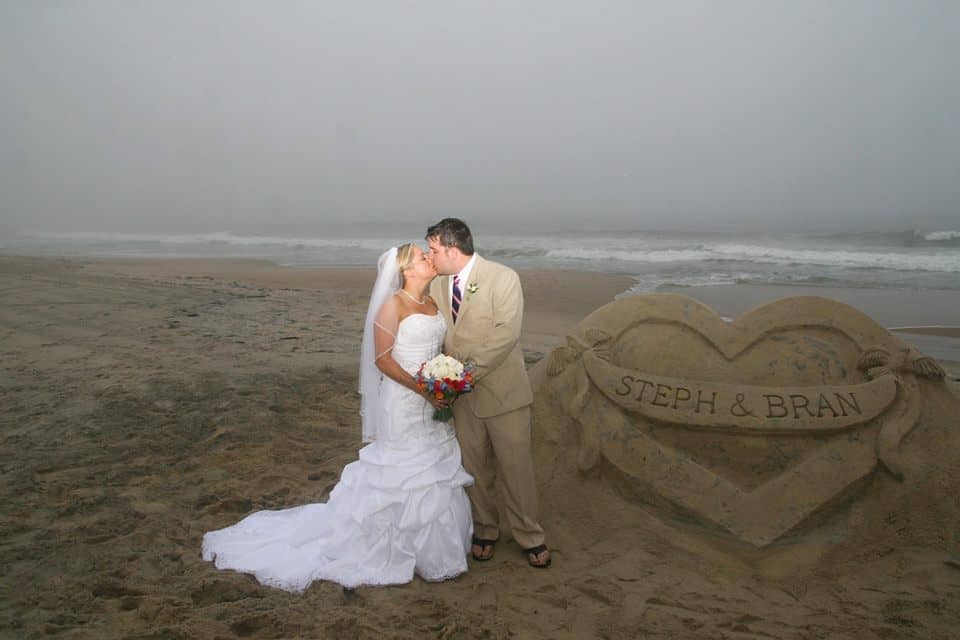 My wife Stephanie and I both pretty much grew up in Ocean City during the summers and we both wanted to tie the knot down by the ocean and make it OC-themed. We were married on 42nd street oceanside, and I hired Randy Hofman to create a sand sculpture for us for the ceremony ( I remember my Best Man commissioned one of his friends to actually sit in a chair on the beach next to the sculpture for most of the day, making sure no one vandalized it until the ceremony). It was a simple beach wedding with only one row of chairs for family, and our guests stood in the sand. Instead of rice, everyone was given a mini beach ball and they all threw them at us as we walked down the aisle.

Our reception took place directly across the street at the Sunset Room, which at the time was owned and operated by the convention center. It’s basically a large rustic room that sits on the bayside with windows all around and a huge porch in the back that overlooks the bay. (I know it got damaged by a hurricane a few years back … I’m not even sure if they still use it.) 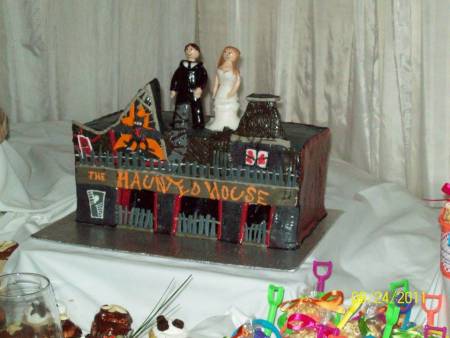 The reception was OC-themed and each table was an OC Place. We had a haunted house cake! Our favors were Fishers Popcorn, and guests could play in the Coffin Carriage and take photos in it. It was a little rainy that night, but luckily the major downpours held off so we could get our special night in. To be honest, I can’t really do the event justice, but photos can. 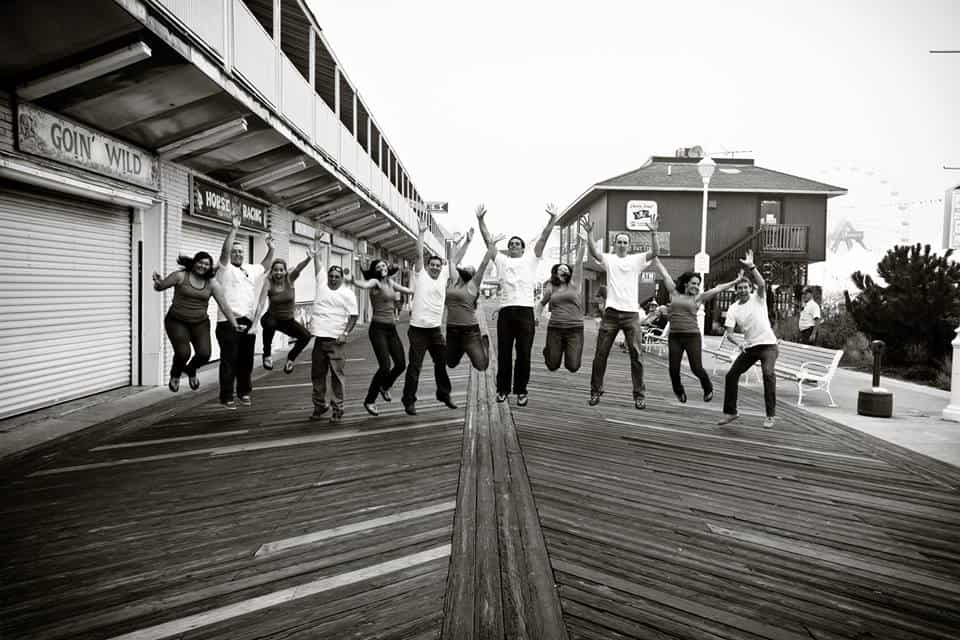 **Side note, the morning of our wedding we had an extensive photo shoot done with the wedding party INSIDE the Haunted House, on the carousel, and around the Trimper’s park. 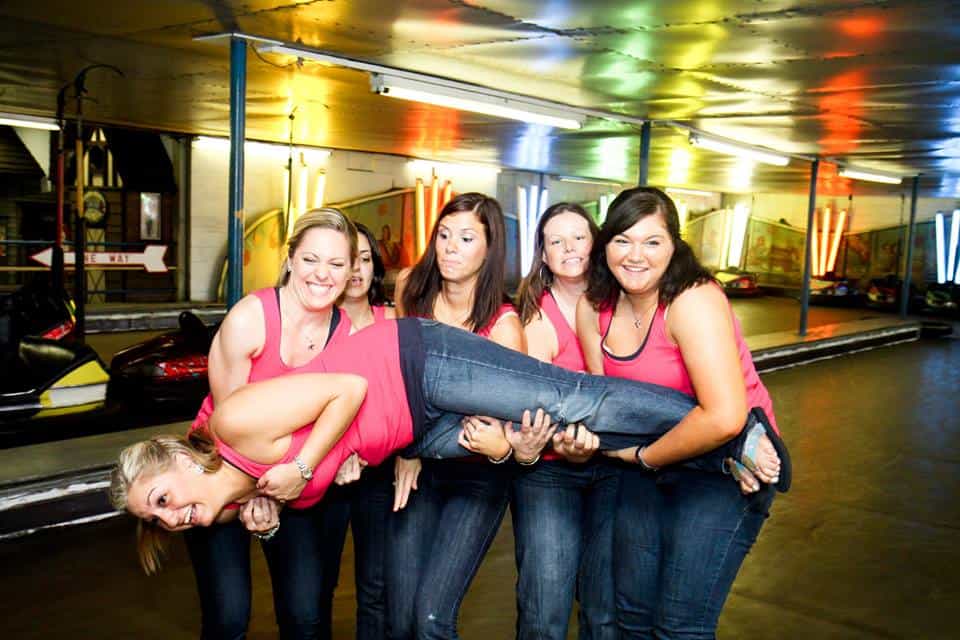 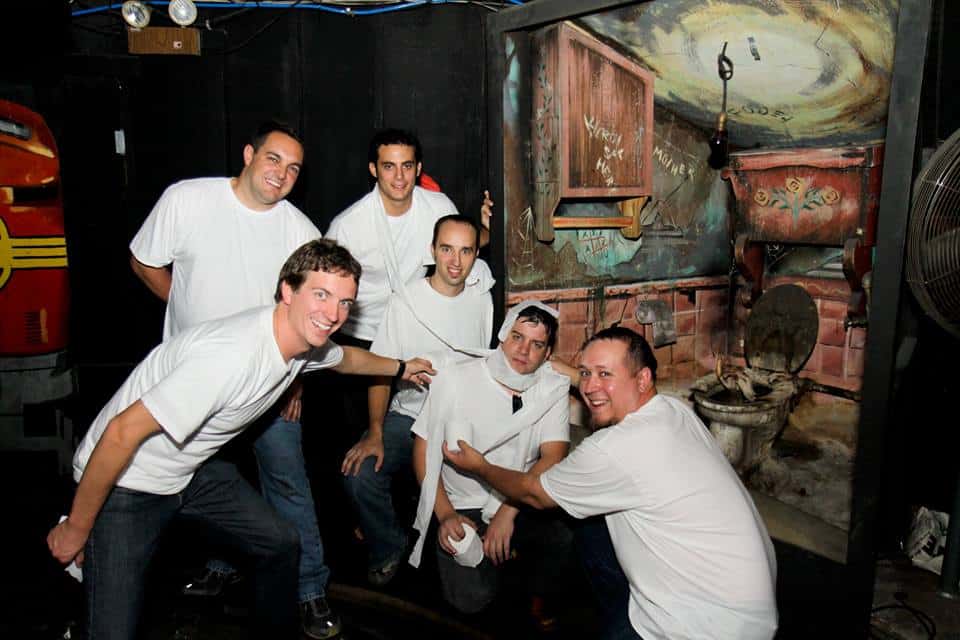