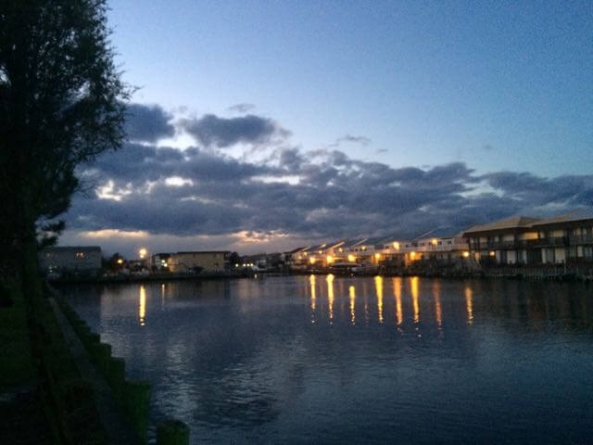 Worcester County bomb threats are part of a nationwide epidemic, the town is witness to an Ocean City condominium fire and, of course, that apparent national scourge hoverboards dominated this week’s news in Ocean City.

One of the really interesting facets about Ocean City is that whenever a fad comes to the fore, the council has to deal with it. While it may seem petty from the outside, the notion of hundreds (or even thousands) of kids hoverboarding around on the Fourth of July does seem a little, well, much.

A generator in the back of a pickup truck caught fire and set alight a condo at 140th street this week. There was plenty of dramatic video of the incident (we posted some below).

The Ocean City Fire Marshal’s Office determined that the fire started in an open parking area on the ground floor of the Pelican Beach condominiums on 140th Street on Wednesday morning.

Here’s some of the video from the event.

For the last month or so, bomb threats have had schools evacuated, prompting people to worry that there is some sort of mass conspiracy in preparation for a massive terrorist attack. While it certainly is possible (we all know how desperately ISIS wants to crush the Milford business district) it is more likely the result of the same thing that drives the Hoverboard industry: bored people with too much access to technology.

From Dover and Milford to Delmar and Ocean City, the impacts of this week’s bomb threats are being felt by local police departments. Full story –> http://bit.ly/1J3GXiiWatch story TONIGHT at 6:00.

The Art League of Ocean City opens a new show each month on the first Friday, in case you weren’t aware. Also in case you weren’t aware, the Ocean City Center for the Arts it is a spectacular place filled with fun, energetic people who either are artists or patrons of the arts. There’s a lot of energy there. Over the next few weeks we’ll have more to say about the arts culture in Ocean City, but lets start with these two stories:

Tony Russo popped by the Art League of Ocean City MD for a recent show. If you haven’t been recently, you should go.

And, as always, we have an inside look at the Ocean City leisure culture, this time featuring a popular bartender at the Holiday Inn Oceanfront.

Happy Hour Adventures resume tonight, follow @OCfun on Twitter for the whens and wheres. This is from an outstanding happy hour at the Holiday Inn Oceanfront, Ocean City MD.’s Coral Reef Cafe & Hemingways.

Also, Sen. Jim Mathias announced that February will be named Craft Beer Lovers month. Stay tuned for lots of different events all over the region.

Great story by DelmarvaLife writer Lauren Holloway on how Jim Mathias, ShoreCraftBeer.com, the Brewers Association of Maryland and Maryland Tourism are working to make the area a Craft Beer destination.

Favorite photos of the week

It doesn’t get much better than this! #OCMD #Sunset #RopewalkOC pic.twitter.com/IrvelgJuW1

The Commercial Harbor in West Ocean City this morning, as the sun was still coming up. Looking towards the Inlet and Assateague Island. Very peaceful today.

Getting to be that time of the year…