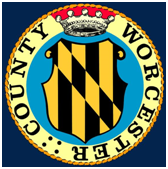 (Dec. 21, 2012) The Board of License Commissioners discussed the following topics during Wednesday’s meeting in Snow Hill.

Attorney Joe Moore, on behalf of Russell Winters of Fruitland, asked the board to have the current beer and wine license “put on the shelf” until April or March while a new store is under construction at 52nd Street and Coastal Highway in Ocean City. The board agreed to his request.

That name of the new store is undecided, but construction could be completed by April or possibly in March. The new store will have approximately 4,000 square feet.

Moore and Winters will return to the board in March or possibly in February to continue the discussion.

The transfers were technicalities related to estate planning for the Shepherds.

Although not discussed during the meeting, Berlin businesses Sisters, Si’Culi, Tex-Mex and Beyond and the Maryland Wine Bar were granted administrative approval for customers to be able to purchase beer, wine or alcoholic beverages at those establishments, according to their licensees, and then take those drinks, in plastic cups, onto Main Street during the town’s New Year’s Eve festivities.

The Berlin Town Council had earlier granted its approval for those businesses to ask the Board of License Commissioners for the privilege of allowing their customers to leave their businesses with the alcoholic drinks for that one night.