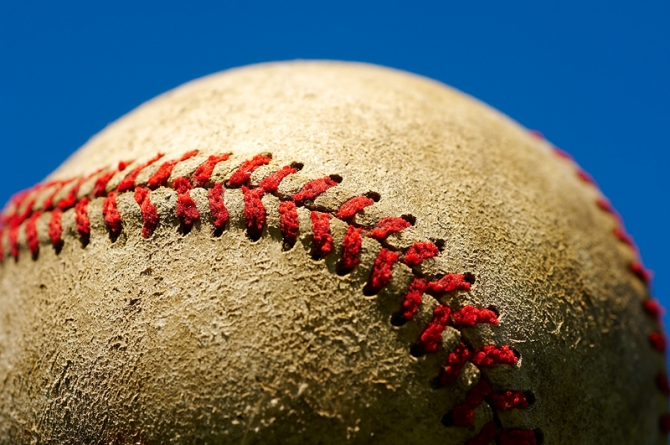 The Berlin Little League All-Star season is officially underway and a softball team is playing for the first time this year. The 9-10-year-old, Major League and Junior league baseball squads started competing last week while the 9-10-year-old softball team kicked off their season Sunday, June 30.

The 9-10-year-olds opened the season June 24 against Snow Hill. The Berlin squad shut out the home team 18-4.

“We still got a little way to go but we’ve been hitting the ball very well and our pitching is pretty solid,” said Manager Dan Dobronz. “There’s always room for improvement, though.”

Berlin continued to hold their own at home in a 26-5 win against Willards June 26 and a 10-9 win against Princess Anne June 29.

Dobronz praised the performance of his catcher Luke Scott in the two home games and also Eric Berry for leading the team.

“However, it’s not just one player, it’s really been a team effort so far,” he said. “I’ve thrown players to the fire and they’ve done a really good job.”

Berlin was scheduled to go up against Delmar on Tuesday at Delmar Gordy Park. Dobronz said Monday that he was looking forward to an interesting game against the 3-0 team.

“Delmar has a very solid baseball team,” he said. “The team who throws strikes and has perfect defense is the team that’s going to come out on top.”

The Berlin team consists of five 9-year-olds and six 10-year-olds with only one player returning from last year. Dobronz said he has enjoyed the season so far.

“This was my first year as a head coach in the Berlin Little League…” Dobronz said. “It has been very exciting for me so far and I have had a lot of fun coaching this group of kids.”

The 9-10-year-olds began their first season in the Berlin Little League June 30 and came out on top by a wide margin. They played at home against Snow Hill and won 18-8.

Manager Katie Griffin asked the league to include a softball division this year and she said it’s been better that she hoped for. She said the first season so far has been “fantastic.”

“The response has been great,” she said. “We only expected to get two teams and we have four teams total. I hope it just keeps growing.”

Griffin said despite their win, the first game was “rough” against Snow Hill. She said Snow Hill was ahead for much of the game but ran out of pitching at the end. Berlin had only one hit the entire game and walked most of the last inning as Snow Hill struggled.

Griffin said the girls “played with butterflies” in the first game. She said it was the team’s first time in a large stadium and they had never been exposed to a big crowd and an announcer.

Berlin took on Delmar July 1 at the Delmar Mason Dixon Sports Complex and lost 18-11. Griffin said it was still “a great game.”

“Delmar is always the automatic team, and I can say that because I grew up in Delmar, I know the talent and they have a great system in place,” she said. “We came out and had the lead for a couple innings and that was exciting.”

Griffin said in the last inning Berlin made a few errors that cost them the game. She said they fell short but she was proud of them.

“For a first-year team to come out and take on the top team and keep them on their heels for most of the game, that’s great,” she said. The team consists of five 9-year-olds and six 10-year-olds.

Berlin played Snow Hill again Tuesday and won 7-6. The morning of the game, Griffin said she hoped the girls they “hit the ball like [they] did against Delmar.”

“We have pitchers that throw strikes, which is hard to come by,” she said. “That’s what you need to put the ball into play.”

Berlin has advanced to Friday’s district final where they will face unbeaten Delmar.

“We are playing very well defensively,” Manager Cameron McDonough said. “Our pitching has been almost flawless so far. I would have to say the highlight so far has been how hard the boys are working in practice.”

“We need to be better at executing good at-bats in different situations,” he said. “We struggled to do that against Fruitland on Saturday. That is a credit to their pitchers, as well. I hope that we can keep up the concentration and focus levels defensively that we have so far.”

The team traveled to Pocomoke July 1 and continued their winning streak with a 15-2 win against the home team. They were scheduled to host Delmar July 3 and McDonough said he hopes the lessons from practice carry over into the game.

Berlin will then advance to the Winner Pool rounds on Saturday, June 6, and the two winners of those games will go head-to-head on Monday.

The team consists of 10 12-year-olds, all of whom have returned from last year. The one 11-year-old on the team, McDonough said, is new to the area.

“We expect to play deep into the summer. I believe this is a special group of boys and they work harder than any team I have ever seen,” he said. “They believe that hard work overcomes talent every time.  At the same time, the boys are committed to the approach to be focused on every pitch of every at-bat of every inning of every game. We talk a lot about controlling the two things we can: attitude and effort. Everything else will take care of itself.”

Las year, the Berlin Major League team, previously 10-11-year-olds, advanced as far as they could into the state level. There was no regional tournament in that division. This year, as 12-year-olds, they will have the chance to advance to the Little League World Series.

The 13-14-year-olds had a short season that began June 29 at home against West Salisbury. The team lost 8/2. Manager Mike Forrest said the boys started flat but kept battling until the end.

Berlin traveled to Snow Hill to play their second and last game of the season July 1. The home team won against Berlin 5-4. The team that placed third in the state last year only had one run in the bottom of the seventh inning.

“We didn’t play to our full potential,” Forrest said. “I guess they wanted it more than we did. It was just one of those games.”

Forrest has been coaching Little League for 15 years and said he is excited to continue coaching next year.

“I am looking forward to Senior League because I will hopefully have a combination of the players from last year and this year back together again,” he said.

The team consists of 11 players, all of whom are 14-years-old. Four players have returned from last year.