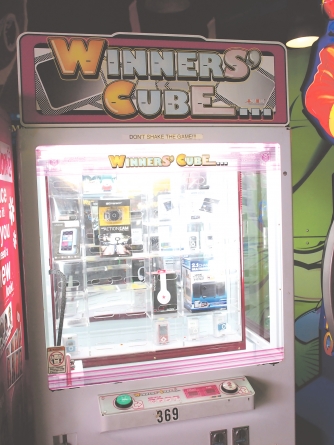 (June 19, 2015) Although the state appears to have eased up a bit, Ocean City arcade owners are still pressing to have family amusements carved out from impending regulations that would put certain types of arcade machines under the licensing control of the Maryland Lottery and Gaming Commission.

The MLGC regulations will likely come up for public comment and promulgation at the end of this month, with policy in place by next year, at the earliest.

“We’d definitely like family entertainment centers to be exempted from control by the lottery commission,” Chris Trimper of Trimper’s Amusements said. “I don’t necessarily have a problem registering my games, but I don’t particularly want Maryland lottery registration stickers on all my skee-ball machines. It puts a bad taste in people’s mouths.”

Last year, the state authorized the creation of a new regulatory classification for the MLGC, to be known as “electronic gaming devices.” These were any devices that distributed in-kind prizes of more than $30 in value, and would be subject to strict inspection, registration, and quarterly reporting requirements.

The intent of the definition, it was said, was to create some sort of control over the gray-market gambling devices that are found in malls or stores in some areas of the state. Those machines skirt the state’s casino rules by offering in-kind prizes, or tickets redeemable for prizes, rather than cash.

But the definition also would have caught so-called “merchandiser” machines, which are commonly found in arcades in Ocean City and elsewhere. Such machines require the user to perform some task – stacking a series of blocks, lining up certain shapes, etc. – in order to unlock a prize such as headphones or an iPod.

“Apparently there are issues in other counties where you’re winning a ticket that can be cashed in,” said Melanie Pursel, executive director of the Greater Ocean City Chamber of Commerce. “We didn’t feel that the merchandiser machines in family arcades should be lumped in with that.”

Due to outcry from the amusement industry, the regulations now being considered would instead put most games in a “skills-based amusement devices” category that would be somewhat less onerous.

Only nonskill games, such as video bingo, scratch-off, or pull-tab type systems – which are already covered under state casino legislation, unless they’re offering in-kind prizes – would fall under the additional “electronic gaming device” rules.

Still, any device dispensing prizes of more than $30 would be required to register with the MLGC. The commission would have the power to require testing of the device, and to set maximums on prize value for any given location.

Arcade owners believe this isn’t necessary, at least for facilities that are already gaming-oriented.

“That’s not the case here,” he said. “We use these machines as a draw to get people in to play the more traditional games, like skee-ball. They’re actually loss leaders. But if we lose that draw with the big prizes, there are places up in Delaware that have them all over place and they’re going to have a leg up on us.”

Creating a distinction between bona-fide arcades, versus other places that have a few dubious machines, is difficult. The Ocean City Chamber’s lobbyist is currently working on an addendum to be proposed to the state’s Administrative, Executive, Legislative Review Committee once the regulations are published in the Maryland Register and public comment begins.

“That’s going to be the critical part, how precise you can make that definition,” Trimper said.