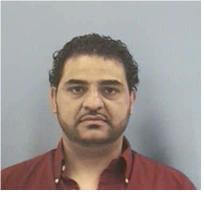 (Oct. 25, 2013) A West Ocean City resident, charged last May in connection with a massive cigarette smuggling enterprise, told an undercover police officer posing as a killer for hire last month that he had “one of those problems,” according to an indictment released last week charging him in a murder-for-hire plot.

According to the New York Attorney General’s Office, Basel Ramadan was trying to arrange for the murder of witnesses against him in the smuggling case.

Ramadan and co-defendant Youssef Odeh of Staten Island, N.Y., were indicted last Thursday and charged that they conspired from behind bars to murder witnesses they believed were cooperating with law enforcement in the case against them.

In the original case, Ramadan and 14 other alleged members of a criminal ring flooding New York City and the Albany region with more than a million cartons of untaxed cigarettes illegally imported from Virginia.

If convicted, they could be sentenced up to 25 years to life in prison for conspiring to kill witnesses.

“These defendants sought to kill individuals they believed to be witnesses to their crimes,” New York Attorney General Eric T. Schneiderman stated in a press release. “This behavior is intolerable and we are going to prosecute them to the full extent of the law. These two individuals cheated New York taxpayers out of millions of dollars in tax revenue and then tried to cover up their dangerous and lucrative smuggling operations, which hurt New York businesses, by committing the ultimate crime.”

New York Police Commissioner Raymond W. Kelly stated that the indictment showed the scope of intent of Ramadan and Odeh was not limited to making money from illegal cigarettes, but also includes a murder plot.

“Fortunately, it was an NYPD detective and not an accomplice of these inmates on the other end of the phone,” Kelly stated.

According to the indictment, Ramadan and Odeh, a.k.a. Abu Mahmoud, conspired, from on or about and between May 24 and Oct. 11, to have a murder committed. Their alleged goal was to kill several people whom they believed to be witnesses against them in the prosecution of the cigarette smuggling case.

On or about Aug. 24, Ramadan allegedly gave someone information about the targets of the murder conspiracy, including the name and home address of one of them. He also allegedly provided a description and place of business of another intended victim.

On or about that same day, Odeh allegedly provided someone with descriptive information about the intended targets.

The telephone conversation mentioned by Kelly allegedly took place on or about Sept. 17, when Ramadan, a.k.a. Abu Salah, told the undercover detective, posing as a prospective killer for hire, that he had “one of those problems,” according to the indictment. The detective replied that he could “take care of it.”

The indictment includes no statements allegedly made by Ramadan referencing a killing or a murder.

The 244-count indictment filed in May charges Ramadan, his brother, Samer Ramadan, 40, ostensibly the enterprise treasurer, and 14 others with enterprise corruption, money laundering and related tax crimes. They each face up to 25 years in prison.

After the original indictment, speculation arose that some of the illegally obtained proceeds made their way to known terrorist groups, but no evidence has been released to support that allegation. Some people who knew Basel Ramadan, but who requested anonymity, told Ocean City Today they did not believe any such connection existed.

Ramadan, 42, has been held at Rikers Island without bail and Odeh, 52, had been held in lieu of $500,000 bail since their arraignment on the initial indictment in May.

They were arrested and charged for their alleged roles in the cigarette trafficking and money laundering ring that operated from Virginia, Maryland and Delaware, up to New York City and points farther north.

Ramadan and his brother were arrested during raids on their West Ocean City residences.