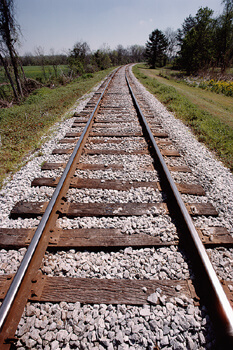 (Nov. 21, 2014) While not without its share of problems, challenges and questions to be answered, the feasibility study of an excursion train running through Worcester County contained enough good news that the county commissioners on Tuesday allowed the plan to proceed to phase II — an economic feasibility study.

Conducted by Warren, Pa., firm Stone Consulting and presented by Randall Gustafson, the study report found a lot to like about running a train through Worcester County.

“We were excited because there were people here,” Gustafson told the commissioners, “usually we’re in a cornfield.”

Of particular note were the existing train station in Snow Hill, because it has been recently renovated, has Americans with Disabilities Act compliant restrooms and ramps and, according to Gustafson, looks cool, as well as the exposure the train would get on the Route 50 crossing near the Route 113 junction and the condition of some, but not all the existing tracks.

On the negative side, repairs are going to cost money, a figure to be determined during phase II, there is no existing facility dedicated to storage and maintenance of the cars, although the former Tyson processing plant was bandied about as a possible site, and there is no guarantee of ridership.

A previous failure of a similar-style excursion train during the mid-1970s also figured heavily into the conversation. The problem with that attempt, Gustafson said, was the failure of the signature piece of equipment for the train: the locomotive. Stone Consulting could not determine ridership numbers, and the damaged locomotive now sits in an Indiana Railroad Museum.

Taking population numbers of surrounding counties and using an estimate of .75 percent penetration as initial interest, plus another percent-and-one-half for family trips and special events estimated about 49,000 possible passengers from residents of the county. Tourists might draw a little better than half that number, according to Gustafson’s analysis, plus scant participation from second-home residents forecasted about 77,000 potential riders.

“That’s good, but not great. The median is around 30,000,” he said, adding, “These are very conservative estimates. There’s more room to move up rather than scale down.”

With so many Ocean City events, marketing and attention taking place during the summer, Gustafson begged the county not to compete against itself. The greater potential, he advised, was during the shoulder seasons, by making the train its own ongoing event, such as Halloween or Christmas-themed trains.

“Unlike the summer tourist season, national and regional trends indicate that excursion railroads are a primary — not secondary — attraction in the fourth quarter,” the report reads.

The mistake would be, Gustafson said, trying to sell a non-beach attraction during the summer.

“The fourth quarter is your low hanging fruit here,” he said.

Licensed trips, such as Polar Express or Thomas the Tank Engine, but also mystery tours and the like also draw significant numbers.

Train enthusiasts are not to be discounted, according to Gustafson, and he hinted that there was plenty of buzz for this project in particular among both operators of excursion railroads and hobbyists.

The cost to complete phase II has not yet been determined and had previously been rolled into the bid to complete phase I, according to Economic Development Director Bill Badger. Circumstances have changed slightly with the findings from phase I, but both Badger and Gustafson told the commissioners they expected the price to go down for the second phase.

Commissioner President J. Bud Church left the negotiating to Badger, and asked the pair to return within the next couple of weeks to firm up the numbers.

The tracks may be dusty and overgrown in places, passenger trains may not have run in years and the residents of the affected communities have not yet had their say, but for now the excursion train is running full steam ahead.