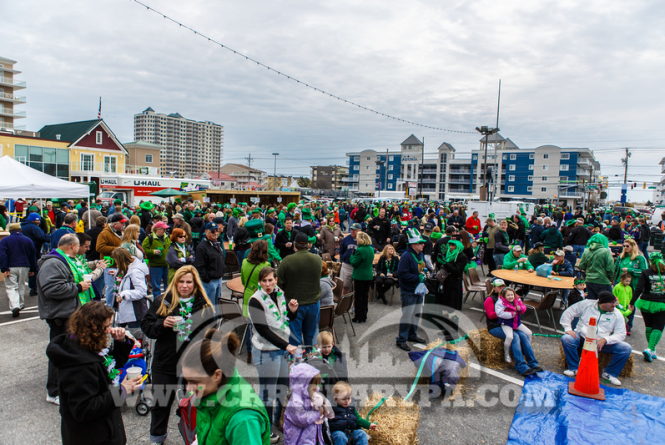 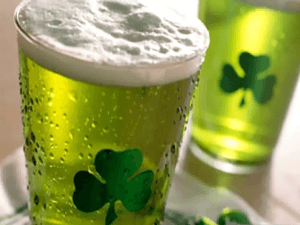 After another cold and snowy winter, it’s safe to say Ocean City, Md is sick of being cooped up inside and is ready let loose. Residents at tourists are counting the days until St. Patrick’s Day weekend 2015 when the annual Irish invasion takes over town. From kilts and bagpipes to corned beef and green beer, Ocean City has everything you need for a St. Patrick’s Day celebration for the ages.  Let’s just hope the luck of the Irish lasts long after the holiday ends and brings nothing but warm temperatures and sunshine to Ocean City this spring.

Here’s a look at this year’s St. Paddy’s Day festivities in Ocean City:

The Delmarva Irish-American Club will host its annual St. Patrick’s parade on Saturday, March 14. The parade, which has grown into the 2nd largest St. Paddy’s Day parade in the state, will convene on 60th Street before proceeding south to 45th Street at noon as the town lines the streets to see floats, Irish music, dancing, and other entertainment from Ocean City clubs and organizations.  Before, during, and after the parade, 45th Street Village will host the annual Irish-American Festival 11am-3pm).  Join all of Ocean City’s Irish (and those pretending to be) for festive music and food and drink from your favorite bars, restaurants, and other vendors at the beach’s biggest end of winter bash. 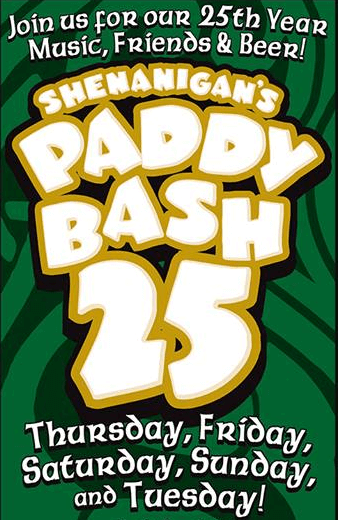 At Shenanigan’s, St. Patrick’s Day is too exciting to limit to a single day.  If you agree, stop by 5th St and the Boardwalk for the 25th Anniversary edition of Paddy Bash- a weekend long celebration of all things Irish.  The party kicks off Thursday, March 12, with the Emerald Society Party featuring live music by James Gallagher & Off the Boat  from 7-11pm.  Gallagher and company return Friday, March 13, for another performance from 8-11pm.

Thursday and Friday are sure to be fun, but Saturday is the day all of Ocean City has been waiting for since last Labor Day. Before you head up north to view the parade and participate in the madness of 45th St. Village, Shenanigan’s is your early morning Irish headquarters.  Doors open at 8am and the St. Paddy’s Boardwalk 5K Run will take place at 9. Get there early and stick around all day for specials and Irish classics, as well as authentic music by Patrick McAllorum (11am-2pm) and James Gallagher & Off the Boat (3pm-close), and special appearances by The Chesapeake Caledonia Pipe Band and Ocean City Pipe Band.

Sunday is the annual Emerald Nation Recovery Day at Shenanigan’s with doors opening at 11am. Shenanigan’s promises to bring you lots of Bloody Mary’s and Guinness, but absolutely no bagpipes or loud Irish music.

After a day or two of recovery, stop back by Tuesday to celebrate St. Patrick’s Day 2015 with your favorite Irish cuisine and beverages as well as music by James Gallagher, The Chesapeake Caledonia Pipe Band and Ocean City Pipe Band from 11:30am-close. 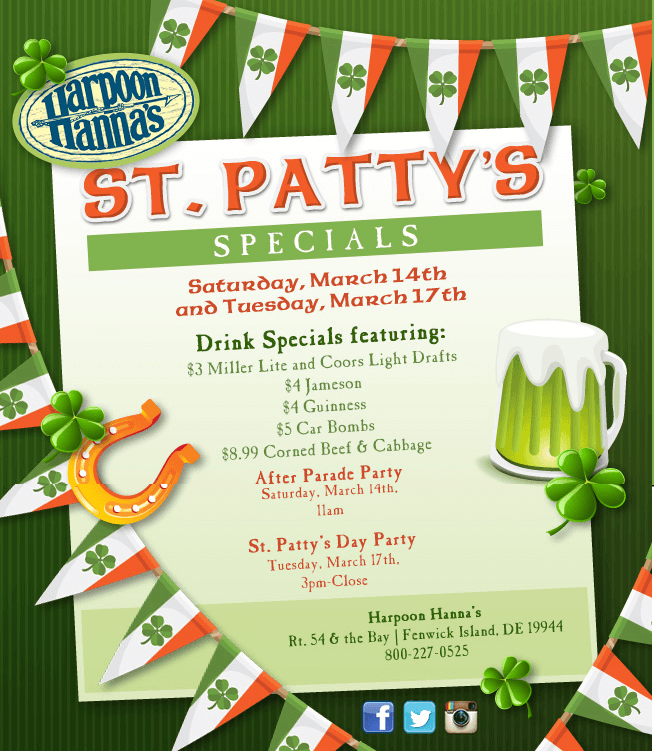 If Shenanigan’s is your home for all things Irish downtown, Harpoon Hanna’s is its uptown counterpart. Located just across the state line in Fenwick, Harpoon Hanna’s is hosting two St. Patrick’s Day celebrations of its own. Sop by on parade day  or the holiday itself to enjoy $3 Miller/Coors drafts, $4 Jamesons, $4 Guinness, $5 car bombs, $8.99 corned beer & cabbage, and live music. Specials last all day on March 14 (beginning a 11am) and from 3pm-close on Tuesday the 17th.

On parade day, Seacrets will be home to the Ire-ish Music Fest and ‘Local New Years’ party! The day-long event features 7 live bands, 5 DJs and awesome Irish specials. Stop by 49th St. and the bay and ‘get lost!’

You can also check out Epic Bar & Grill (inside the Grand Hotel), Finnegan’s (inside the Princess Bayside), Kirby’s Pub on 92nd St, Duffy’s Tavern on 130th, and Smitty McGee’s in Fenwick on Saturday, March 15, and Monday, March 17, for live music, authentic atmosphere, and great specials on corned beef and cabbage, green beer, Guinness, and your other favorite Irish drinks and dishes. 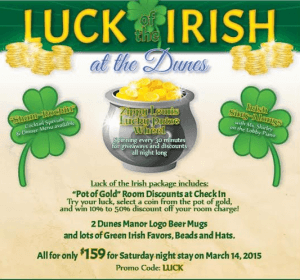 If you’re looking for a last minute place to stay for the St. Patty’s celebrations, check out the Dunes Manor’s Luck of the Irish special or stop by on parade day for the festivities. Rooms start as low as $159 for a Saturday night stay and you’ll get the chance to win 10-50% off your room rate!