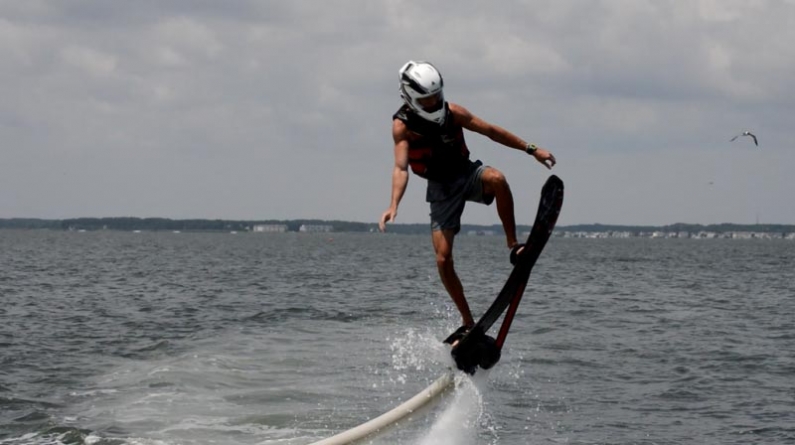 This year, we’re teaming up with Odyssea Watersports, Jetovator, and Ocean City Brewing Company to host the Cedar Chapel “Jet Powered Fundraiser”. The school is in the process of converting a courtyard into a year-round instructional space and we’d like to help by raising $2,500 to cover the flooring, and beyond (if we surpass our goal). Here’s how the fundraiser works. Local celebrities and brewery representatives flew on one of two  jet powered crafts: the recently introduced hover board and the OC Jetovator. We filmed  the  flights.  The footage will be shown at Ocean City Brewing on July 27th. Between now and then, you can sponsor your favorite flyer and donate to the cause here.

Phase one of the the fundraiser took place at Odyssea Watersports on Monday, July 13th.  Here’s how it went: 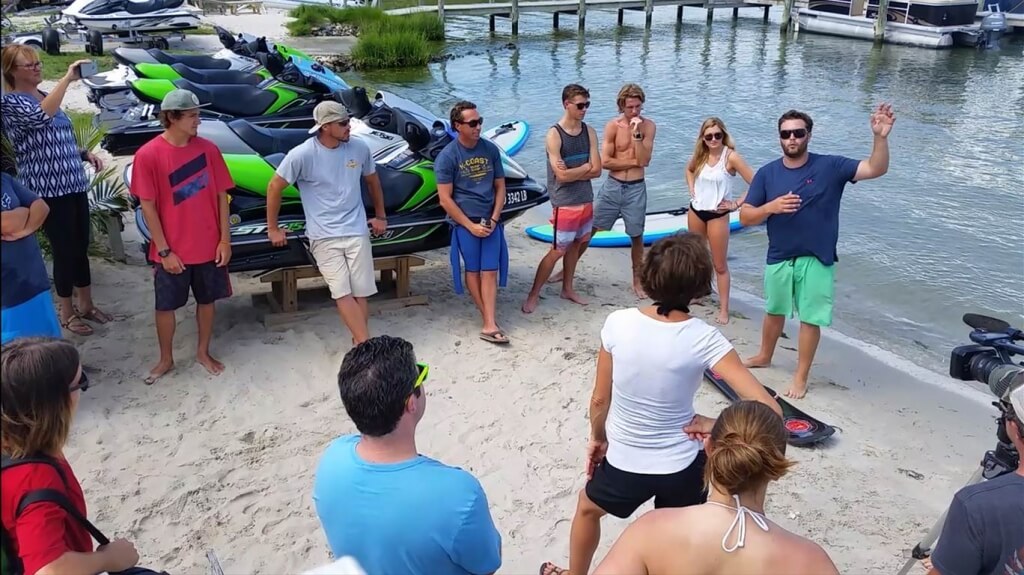 The flyers were briefed on the beach. 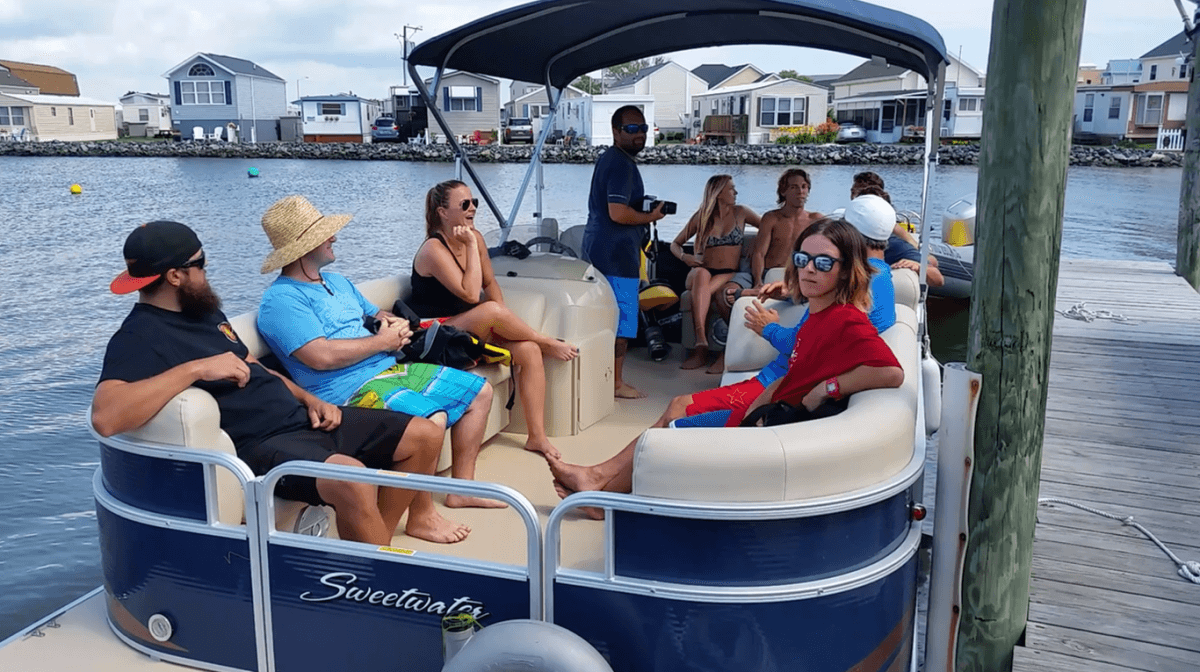 Then, flyers and press alike,  piled into pontoon boats. 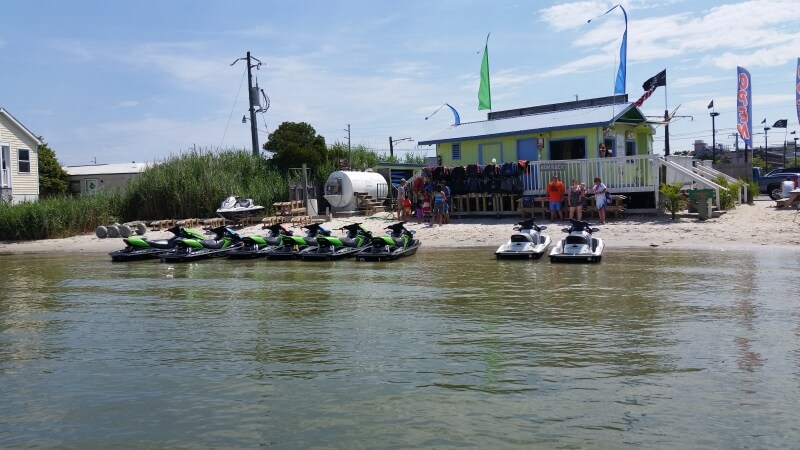 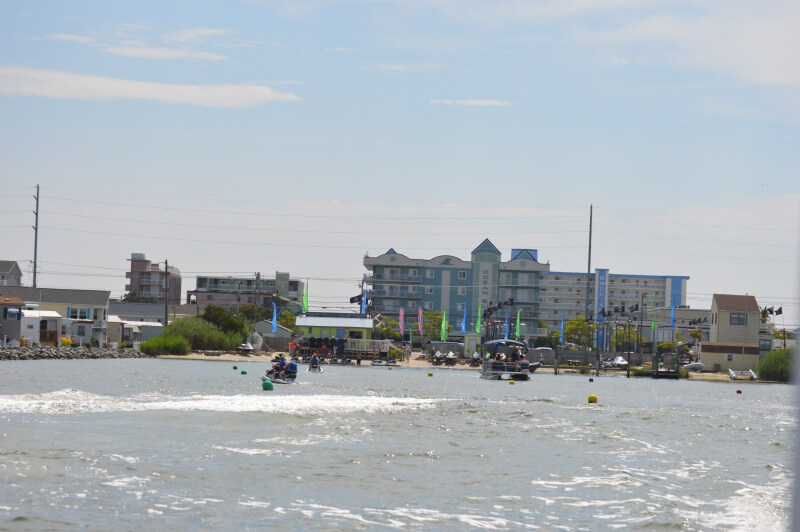 Leaving the shore behind, they  set out for the day. 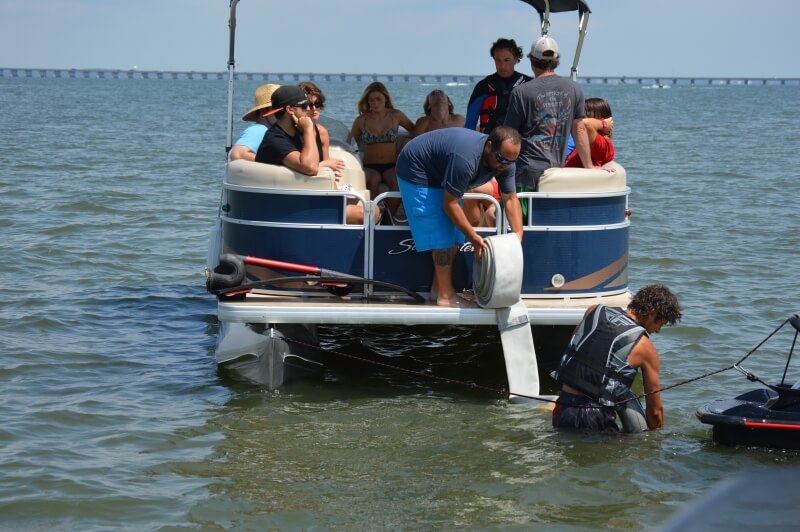 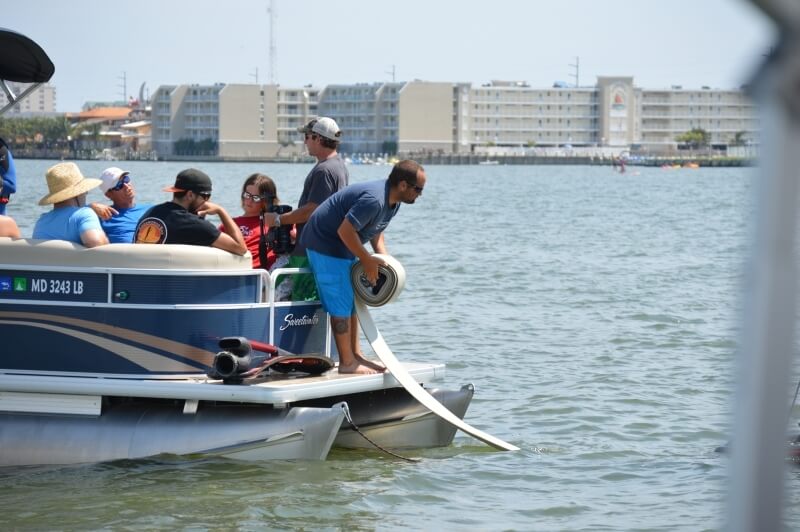 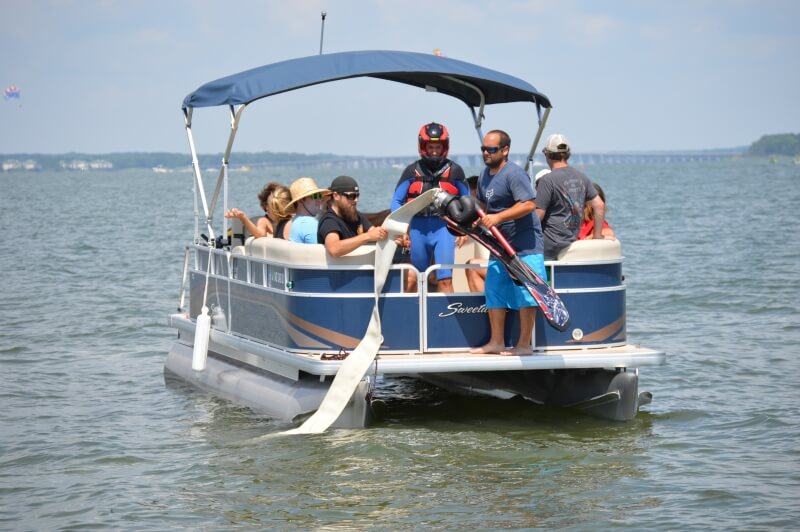 The crafts were set up. 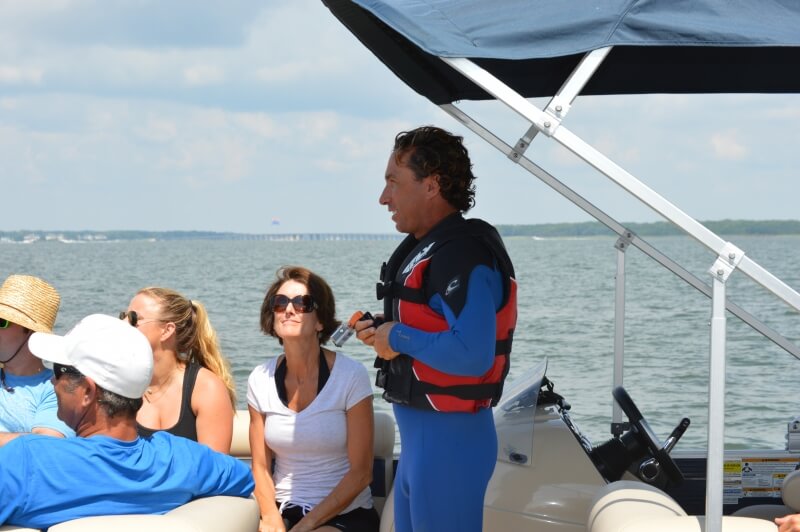 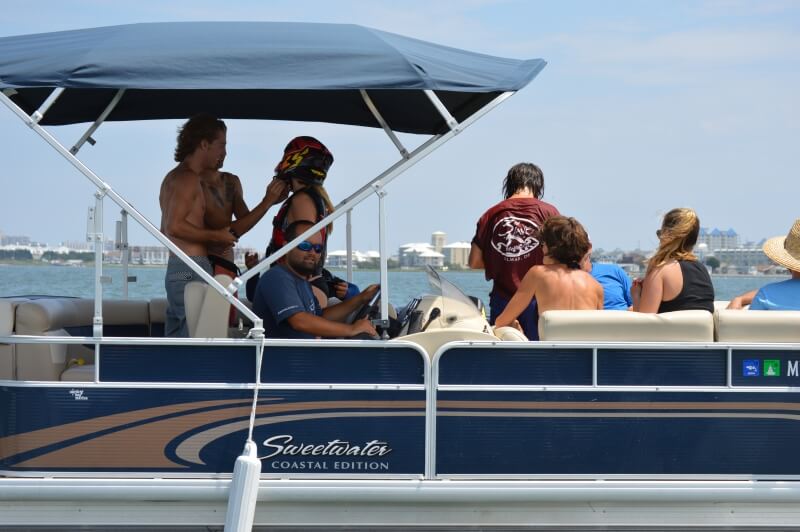 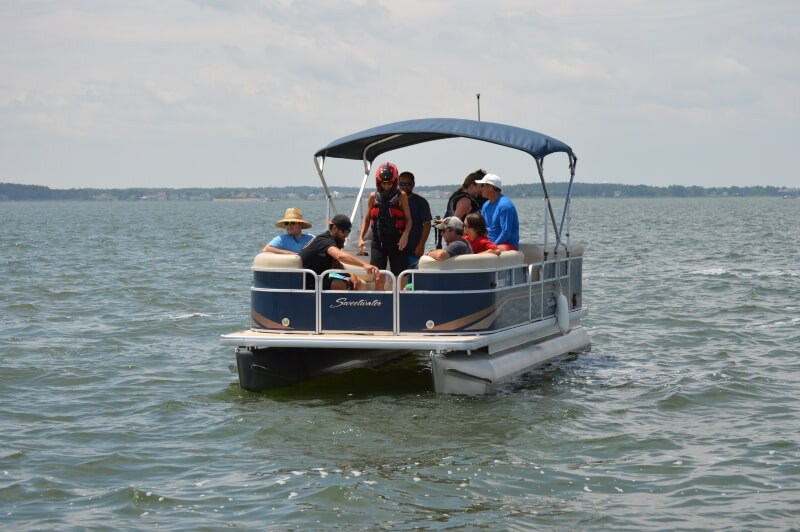 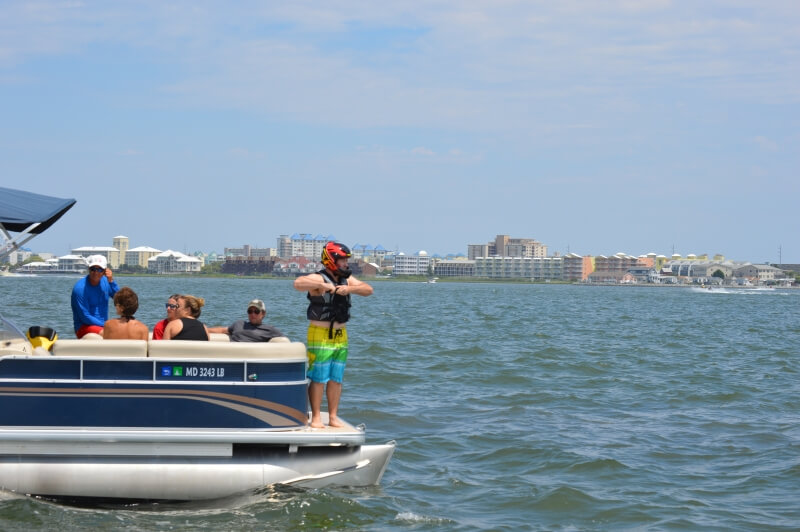 The flyers geared up.

Then, they  took flight.  There was success… 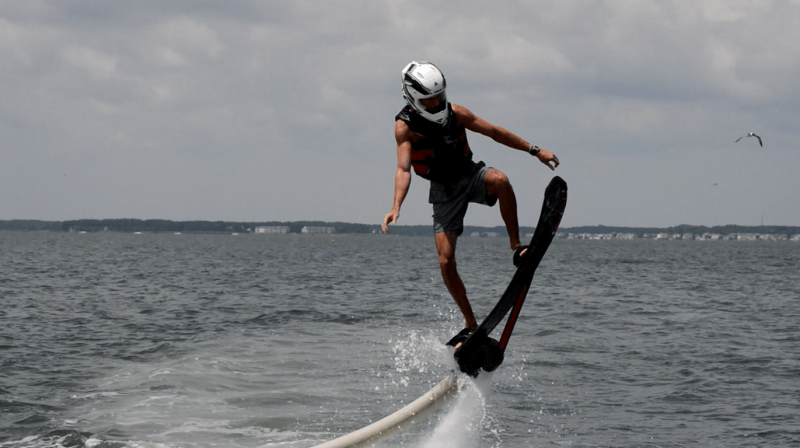 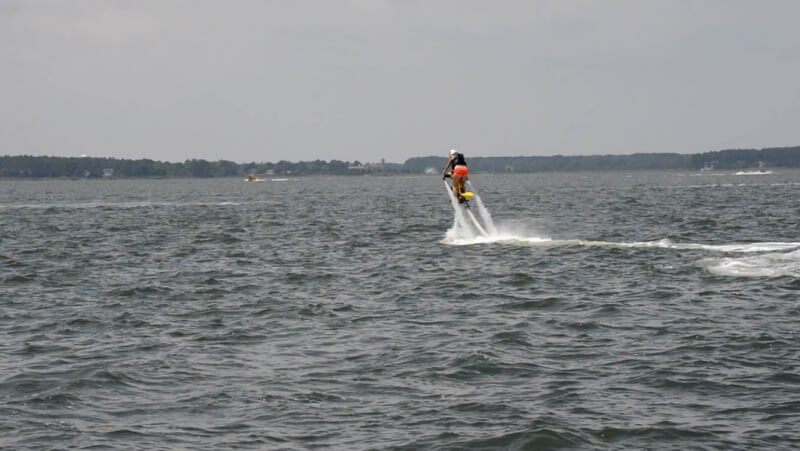 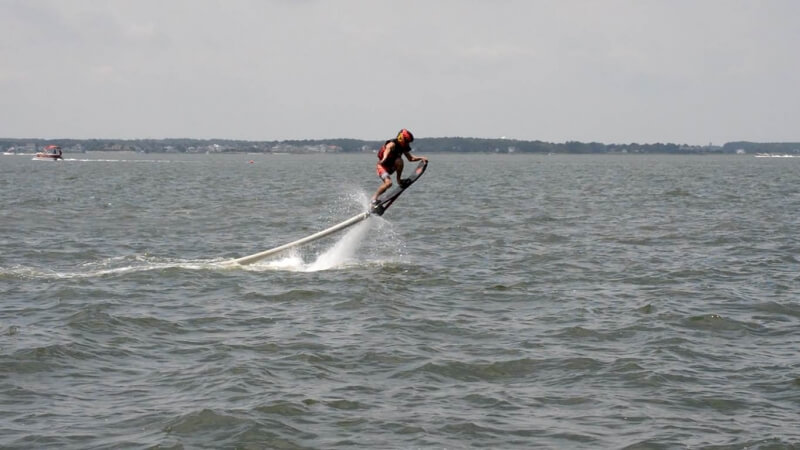 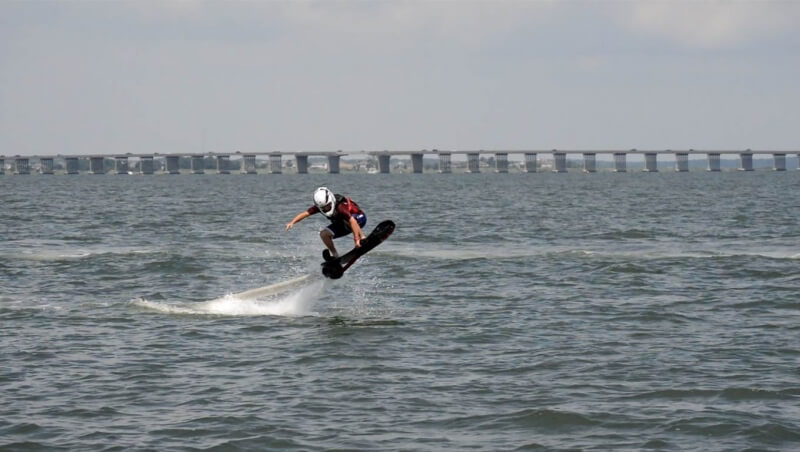 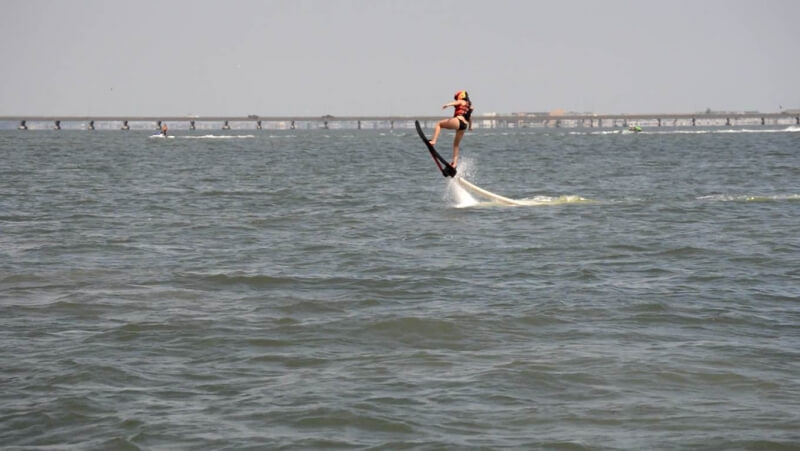 and there was failure… 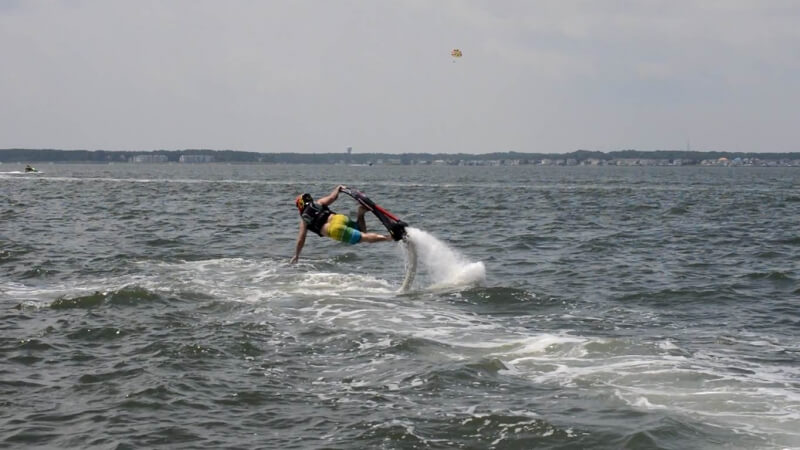 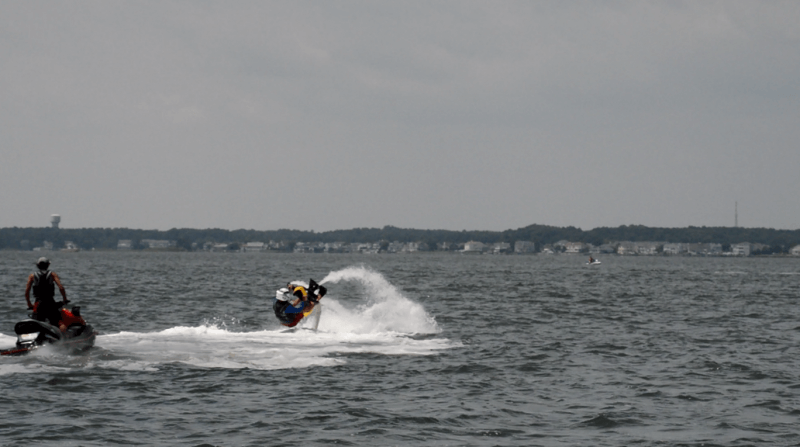 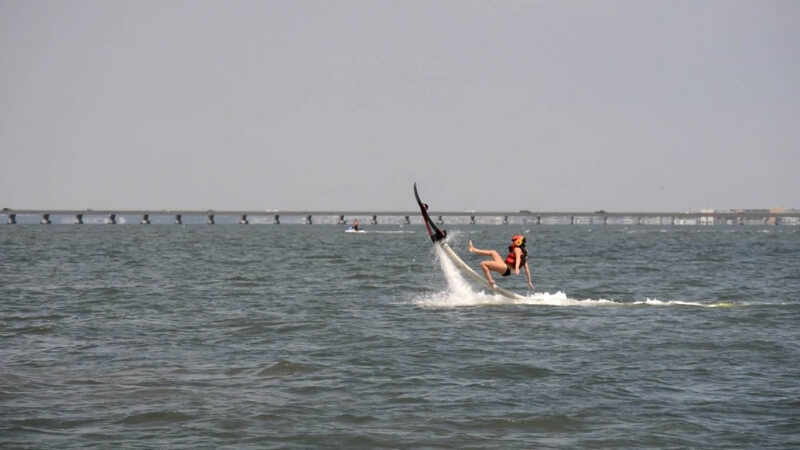 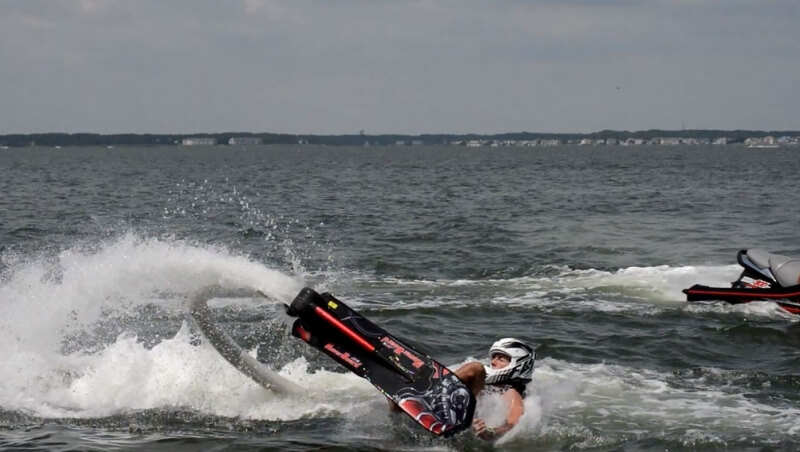 But, we had a good time for a great cause. To learn more about the Cedar Chapel “Jet Powered Fundraiser” or to donate to the cause, click here.

LeAnn is an intern with Oceancity.com. She's a junior at Pocomoke High School where she balances her time between studying, sports, and various extracurricular activities. A jack of all trades, LeAnn has pursued everything from Youtube and Wattpad to blogging and graphic design. She enjoys Chai tea, bargain shopping, a good book, and all the knowledge the Internet has to offer. In her free time, you can find her reading and relaxing on the beach or scrolling through Tumblr.