This press release was sent out before the recent announcement that Ocean City has opened Coastal Highway above 17th St.  I was just taking pictures of the ocean which has receded significantly since yesterday.  Ayres Creek was badly flooded and trees were down.  West Ocean City is also showing less water than yesterday.  Golf Course Road is no longer under water and many of the streets headed east from Golf Course Road were also dry.  I saw some boats in back yards on the bayside in the North OC area.  The Fager’s Island gazebo and dock are not visible at all. 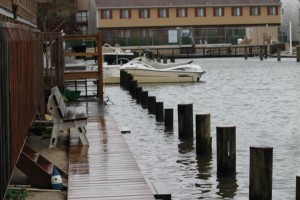 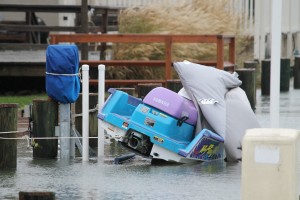 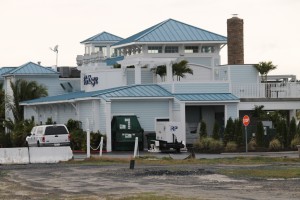 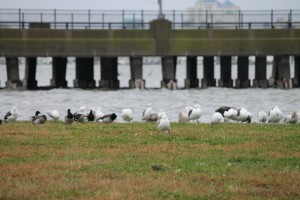 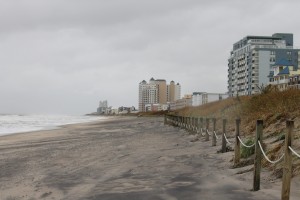 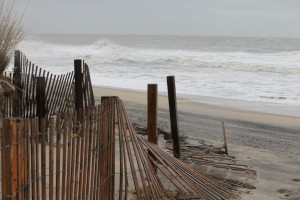 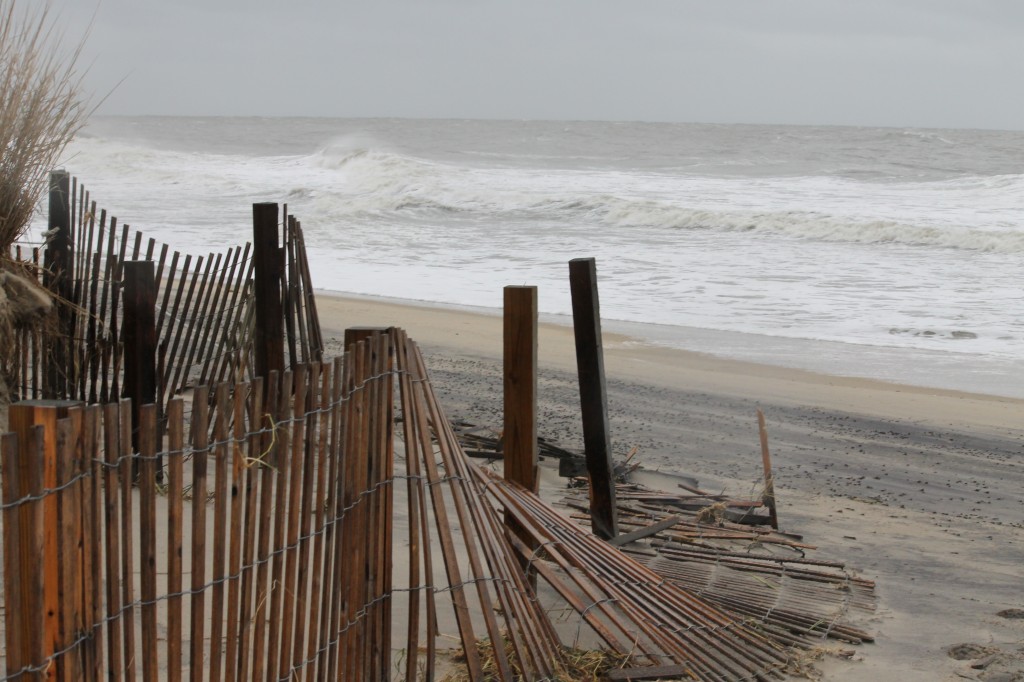 Ocean City has already begun to assess the damage throughout town to determine the effects of Hurricane Sandy in the area.  Expected flooding in the downtown area resulted in the closure of the Route 50 bridge, which has remained closed since Saturday, October 28.  Due to high wind, the Route 90 bridge was closed temporarily last night, however; is open at this time.  Residents, businesses owners and visitors can enter Ocean City through Route 90, although access south of 62nd Street remains closed.

The United States Coast Guard has restricted all access to the bay, with the exception of emergency and rescue boats.  Currently, Town of Ocean City employees are working with the Maryland State Highway Association to assess damage to the downtown area and determine when it is safe to re-open the area.  According to Delmarva Power, the two circuits that were preemptively de-energized yesterday in the downtown area have been restored.

Initial reports of damage indicate severe loss of the Ocean City Fishing Pier and an impaired light pole which fell, temporarily blocking the entrance to the Public Work Department.  Since yesterday, October 30, Ocean City emergency personnel responded to 231 calls for service and relocated approximately 49 citizens during the storm.

Town of Ocean City employees are working diligently with partnering agencies to complete the mandated damage assessment to allow residents and businesses into the downtown area as soon as possible.  Currently, there is no need for volunteer services, however; if you wish to call with questions, inquiries or concerns you may contact the Communications Office at 410.289.8967.